Gujarat Police arrest filmmaker Avinash Das over tweets, to look for past 'objectionable' posts too

As per the crime branch, Das intentionally gave a misleading caption to Shah's photo in question 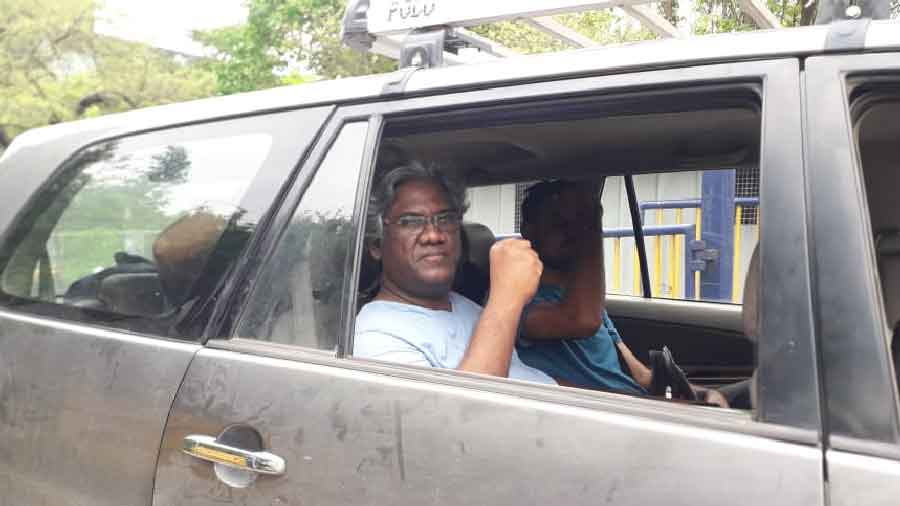 The Ahmedabad crime branch, which arrested him from Mumbai, was also looking into another tweet of his which appeared to hurt the sentiments of the Hindus, and going through his older social media posts, an official said.

As per the crime branch, Das intentionally gave a misleading caption to Shah's photo in question.

Das, director of the Swara Bhaskar-starrer Anaarkali of Aarah, was picked up from his Mumbai residence by a crime branch team on Tuesday.

He was produced before a magistrate's court here on Wednesday afternoon. The crime branch sought his custody for seven days, but Metropolitan Magistrate M V Chauhan sent Das in its custody only till Thursday afternoon.

Das was officially arrested at 4 am on Wednesday. We are now scanning his social media accounts to check if he had posted any other offensive material in the past, said Deputy Commissioner of Police (crime) Chaitanya Mandlik.

In a release, the crime branch said it has found another tweet posted by Das which appeared to be offensive and could hurt the sentiments of Hindus.

In this Hindi tweet posted on May 1, 2016, cited in the Crime Branch release, Das had stated in a satirical way that he cannot give up alcohol because gods reside in different types of liquor.

Das had directed the 2017 film Anaarkali of Aarah starring Swara Bhaskar, Sanjay Mishra and Pankaj Tripathi, and the 2021 movie "Raat Baaki Hai". He had also helmed Netflix series "She".

The crime branch registered a First Information Report (FIR) against the filmmaker under section 469 (forgery) of the Indian Penal Code as well as provisions of the Prevention of Insults to National Honour Act and the Information Technology Act, as he had allegedly also posted on his Instagram and Facebook accounts a photo of a woman draped in the national flag.

The FIR against 46-year-old Das was registered in June after he shared a photo showing IAS officer Singhal, arrested by the Enforcement Directorate in a money laundering case, saying something to Shah.

As per the FIR, in the caption to the photo, Das claimed the picture was taken a few days before Singhal's arrest, while it was actually from 2017.

The misleading caption was given to tarnish Shah's image, the crime branch claimed.

The sessions court here in June had rejected Das's plea for anticipatory or pre-arrest bail, observing that he had deliberately claimed that Shah's photo with Singhal had been taken a few days before the latter's arrest with the intention to tarnish the image of the Home Minister." The other photo, of a woman draped in the national flag, showed Das's mental perverseness , the court had further said.

The Gujarat High Court had also rejected his anticipatory bail application, observing that Das had violated the Prevention of Insults to the National Honour Act by circulating a painting showing a person wearing a dress made of the tricolour.