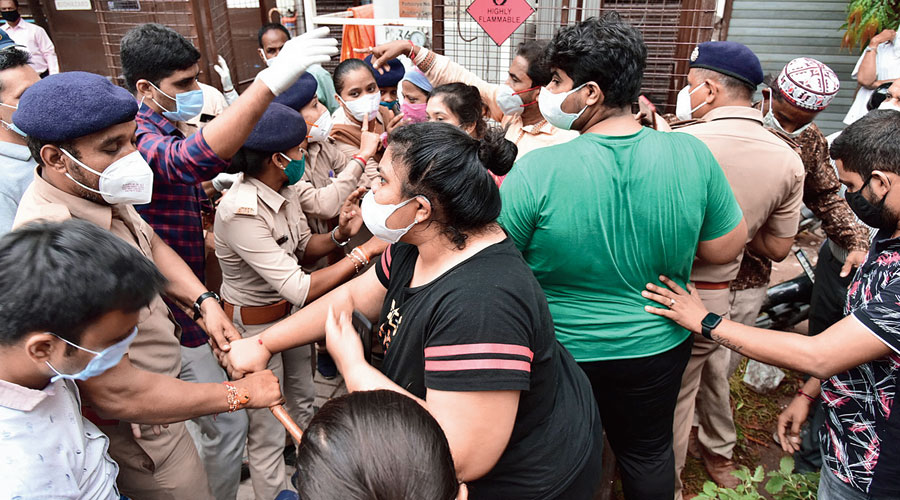 A blaze in the wee hours at a private hospital here has killed eight Covid patients, a fire brigade official said on Thursday.

The victims — five men and three women — were being treated at the ICU ward of the Covid-designated Shrey Hospital at Navrangpura where the fire broke out around 3.30am, the official said.

Around 40 other Covid patients at the facility were rescued and shifted to a civic hospital in the city, he said.

“Eight coronavirus patients admitted in the ICU ward of Shrey Hospital have died due to the fire, which has been doused,” said an official of the Ahmedabad fire department.

Primary investigations revealed that the fire on the fourth floor of the four-storey hospital was caused by an electrical short circuit, police said.

Gujarat chief minister Vijay Rupani has ordered an inquiry. A report will have to be submitted in three days. 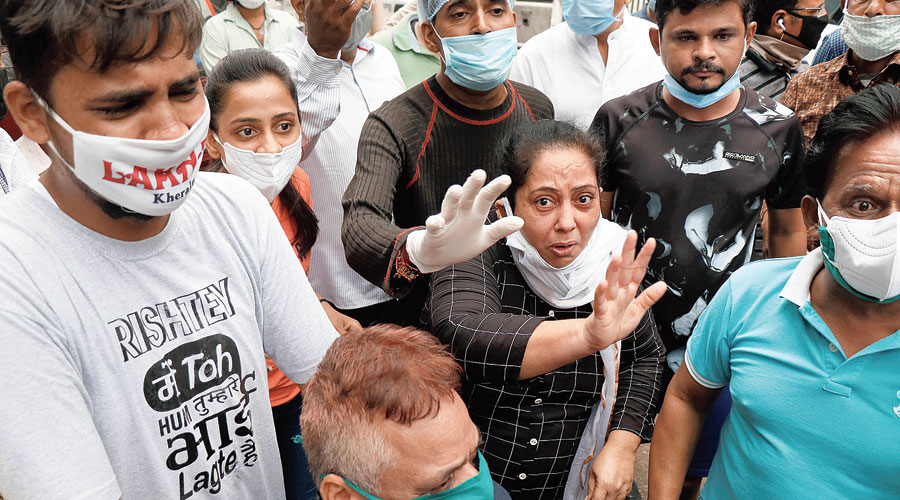 Hospital attendant Chirag Patel, who risked his life and saved three elderly patients, said the fire was first spotted by another attendant on the fourth floor around 3am.

“When I went to the fourth floor after that, I saw flames coming out from a monitor of some medical equipment near a patient’s bed. Soon, that patient’s hair caught fire. I doused it immediately,” Patel told reporters after giving his statement to the police.

“Just as I pulled the bed away from the monitor, another attendant’s PPE suit caught fire. Luckily, a doctor came upstairs with a bucket of water and poured it on the attendant and saved him.

“Suddenly, there was a blast inside the ICU ward. Though we went up again to rescue patients, it was not possible to go inside due to thick smoke and extremely low visibility,” he added.

According to Patel, other attendants and doctors were feeling uneasy because of the smoke. “Therefore, I decided to stay there and asked others to go downstairs,” he said.

“I was the only one left on the fourth floor and I decided to save as many as possible. I first lifted an elderly patient, who could not walk, in my arms and took her downstairs,” he said.

Patel returned to the spot even as thick smoke had engulfed the area. He helped another elderly woman, who had fallen down and could not walk, in climbing down safely along with a male patient.

“As the smoke was getting very dense and my oxygen level was dropping, I couldn’t go inside again. I then climbed the fourth floor using pipes outside and tried to rescue the patients from windows, but couldn’t break them,” he said.