The condition of some, including a woman, was critical, the official said 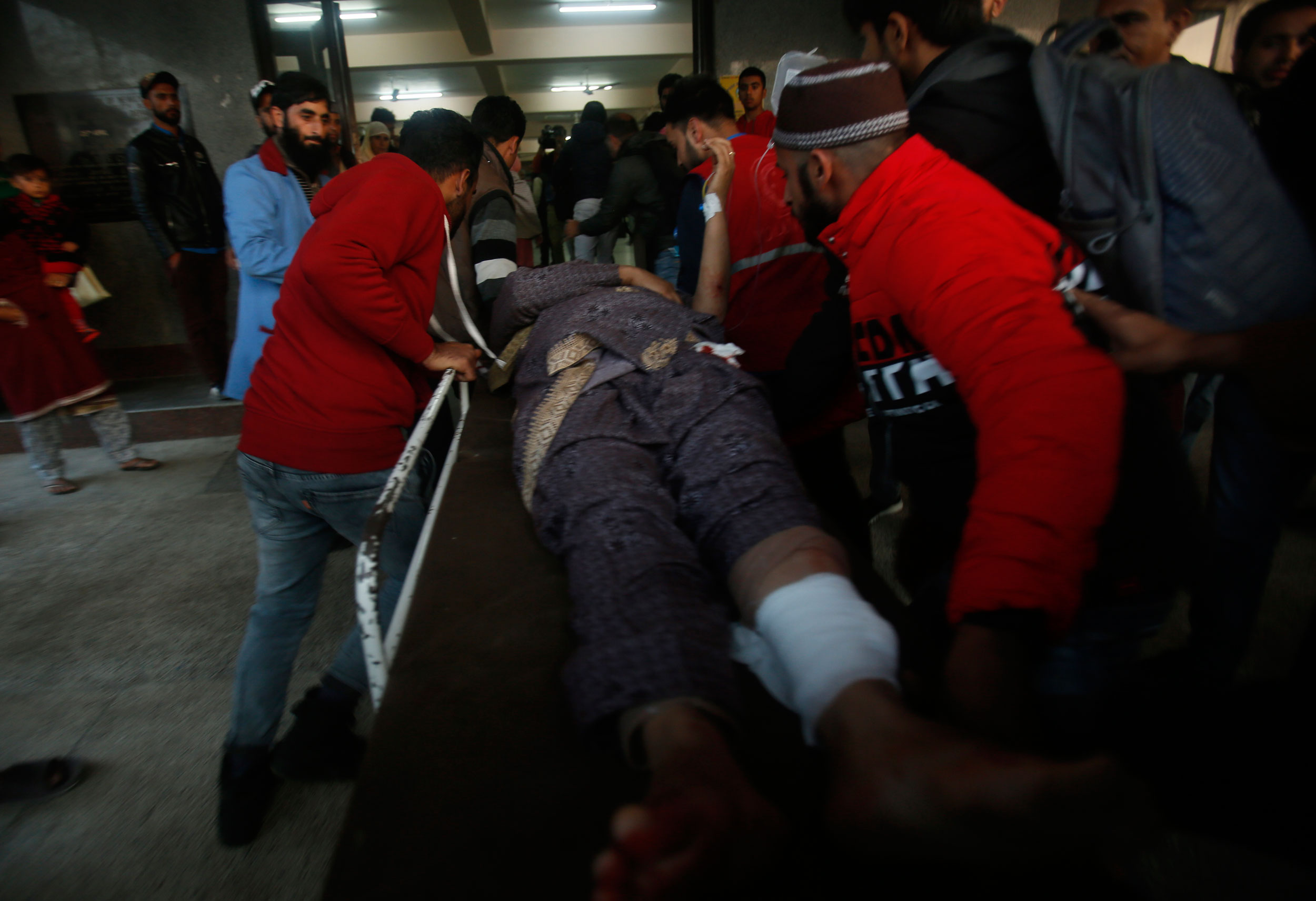 A Kashmiri woman, who was among those injured in a grenade attack by militants at a busy market in northern Sopore town is brought for treatment at a hospital in Srinagar, on Monday.
(AP Photo)
Muzaffar Raina   |   Srinagar   |   Published 28.10.19, 10:36 PM

Suspected militants tossed a grenade at a crowd waiting at a busy bus stand at Sopore in north Kashmir, injuring 19 people, some of them critically.

The attack came a day ahead of a visit to Kashmir by a delegation of members of European Parliaments.

“Around 19 people were injured, six of whom were shifted to Srinagar for treatment. They have splinter injuries in their chest, neck or head,” an official said.

The condition of some, including a woman, was critical, the official said.

Sopore police chief Javid Iqbal said the grenade had been aimed at civilians as there was no security deployment in the area around that time.

“The locality was packed with people and vehicles were moving in the area, although shops were shut,” an official said.

Narayan Dutt, a resident of Udhampur district, is the fourth truck driver killed by the militants since August 5.