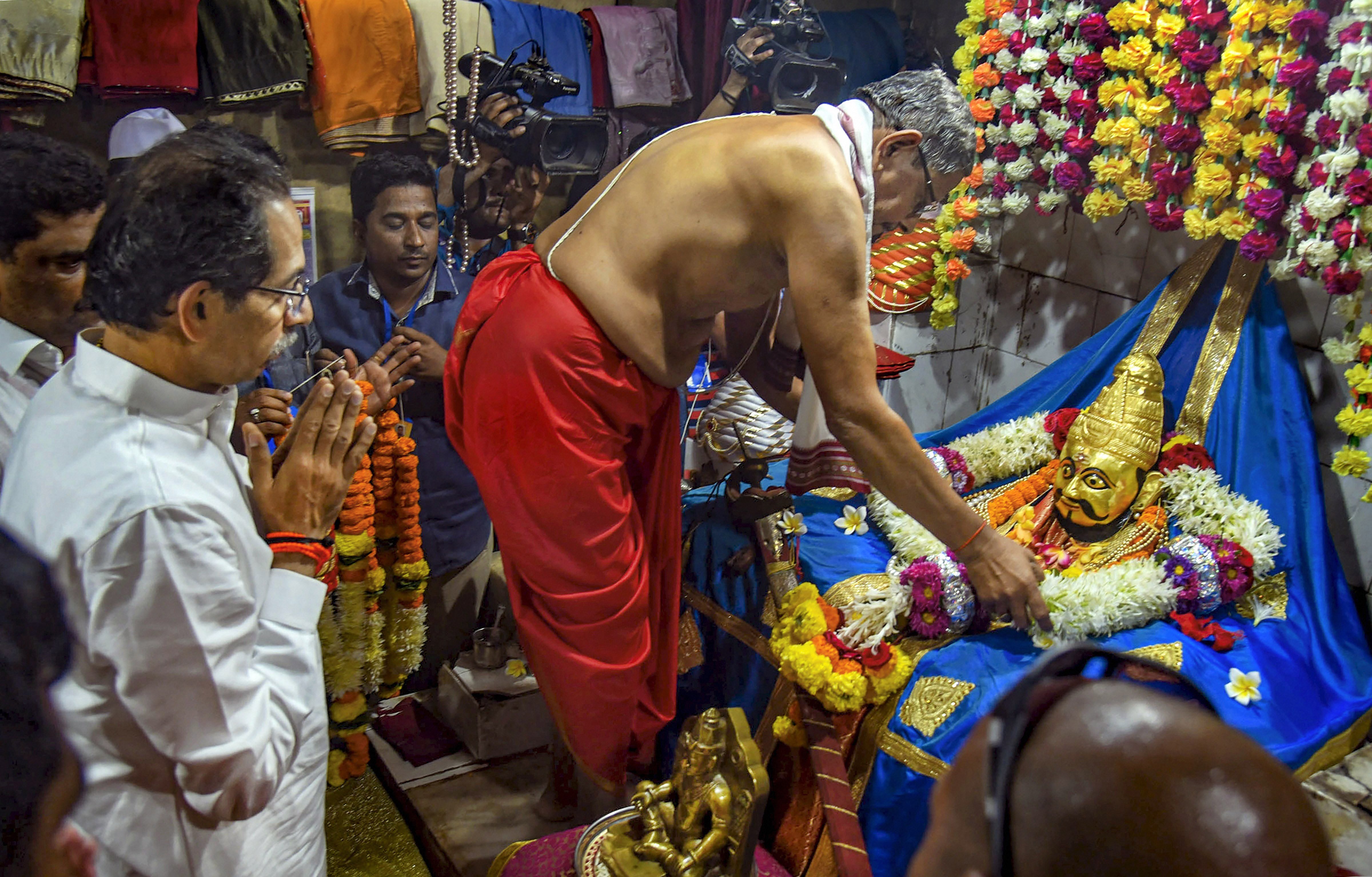 Thackeray visited the Shivneri Fort in Junnar tehsil of Pune district in the morning to pay tributes to Shivaji on his birth anniversary and announced Rs 23 crore assistance for the development of the fort.

He also said that cases filed against protesters during the Maratha quota agitation in 2018 will be withdrawn.

Shivaji was born in Shivneri in 1630.

'The poor and needy feel this is their government. That is the reason people have come for this 'Shiv Jayanti' function in large numbers. Our government is committed to carry forward the legacy of Chhatrapati Shivaji,' Thackeray said after attending some programmes, including a 'cradle ceremony', and reviewing the fort's development works.

He said Rs 23 crore have been sanctioned for the development of the Shivneri Fort.

Thackeray said, 'Both myself and Ajit dada (Pawar) have come together for doing some good constructive work, and I vow that I will not rest till I achieve the goal.'

On the occasion, the chief minister told Pawar that they 'should have come together long ago'.

Thackeray further said that all steps will be taken to preserve Chhatrapati Shivaji's forts and memorial.

'We will ensure that works are not hampered for lack of funds,' he said.

He also said that cases filed against protesters during the Maratha quota agitation will be withdrawn.

The Shiv Sena president earlier took to Twitter to pay tributes to Shivaji Maharaj, and extended greetings to the people of the state on the occasion of Shiv Jayanti.

Though February 19 is the official date of Shiv Jayanti, the Shiv Sena believes the birth anniversary of Shivaji Maharaj should be observed as per the Hindu calendar.

Leader of Opposition in the state Assembly Devendra Fadnavis extended greetings to the people of the state on the occasion of Shiv Jayanti.