Advertisement
Home / India / Government led by Sena will be in place by next month in Maharashtra: Sanjay Raut

Government led by Sena will be in place by next month in Maharashtra: Sanjay Raut

He said the picture of government formation in the state will become clear in the next two days. 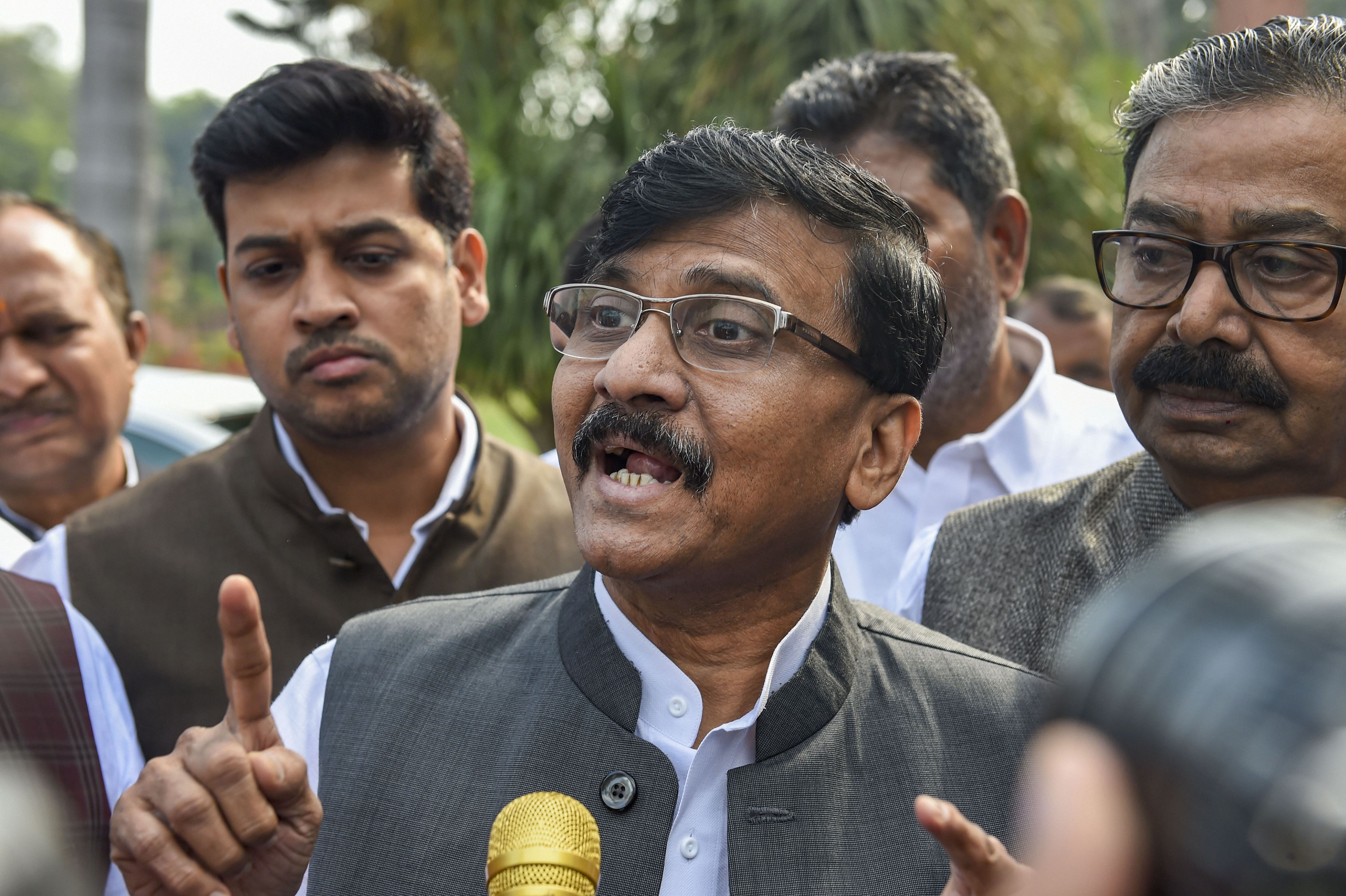 Shiv Sena MP Sanjay Raut addresses the media on the first day of the winter session of Parliament, in New Delhi, Monday, November. 18, 2019. He said on Wednesday that the Sena is inching towards government formation in Maharashtra.
PTI
PTI   |   New Delhi   |   Published 20.11.19, 07:24 AM

Shiv Sena leader Sanjay Raut on Wednesday exuded confidence that a government led by his party will be in place by next month in Maharashtra.

He said the picture of the government formation in the state will become clear in the next two days.

Raut also said NCP chief Sharad Pawar will meet Prime Minister Narendra Modi on Wednesday and apprise him about the farmers' distress in the state which has been under President's rule since November 12.

'We are inching towards government formation. The picture will become clear in the next two days and a popular government led by the Shiv Sena will be in place by December,' he told reporters.

Asked about the meeting between the NCP and the Congress scheduled on Wednesday, Raut said there will be a 'full stop to it', implying that the two parties have almost completed their discussions on government formation in the state.

The meeting NCP-Congress meeting scheduled for Tuesday to further discuss the possibility of forming a government in Maharashtra was called off due to pre-occupation of Congress leaders with Indira Gandhi's birth anniversary events, NCP leader Nawab Malik had said.

President's rule was imposed in Maharashtra on November 12 amid a stalemate over the government formation after the Assembly polls last month.

In the October 21 Maharashtra polls, the BJP-Sena alliance secured a comfortable majority by winning 105 and 56 seats, respectively, in the 288-member Assembly. The Congress and the NCP, pre-poll allies, won 44 and 54 seats, respectively.

However, failing to gain a consensus over the chief minister's post, the BJP and Sena parted ways, with the Sena exploring the possibility of tying up with the Congress-NCP.