The Centre, however, remained non-committal on the Opposition’s demand for the restoration of the MPLADS funds 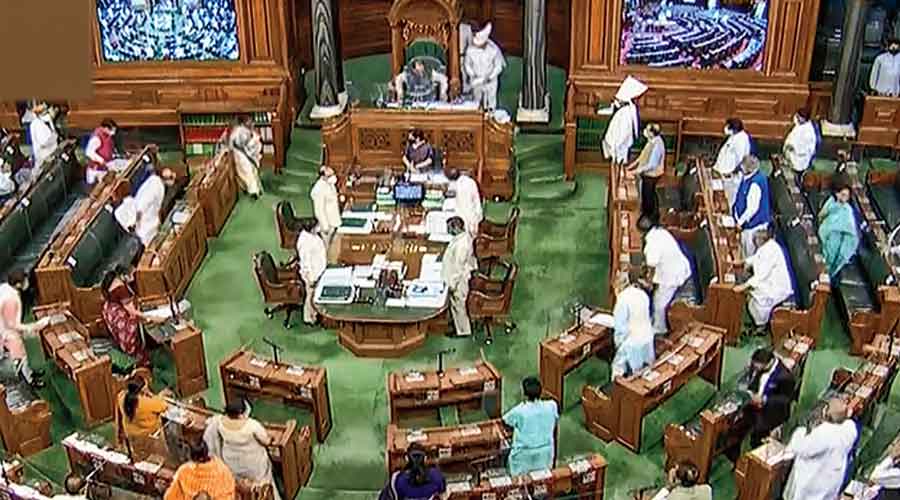 The government on Friday defended the proposed Central Vista and bullet train projects as measures to boost public spending and remained non-committal on the Opposition’s demand for the restoration of the MPLADS funds.

Parliamentary affairs minister Pralhad Joshi, speaking in the Rajya Sabha during the debate on the Salaries, Allowances and Pension of Members of Parliament (Amendment) Bill, 2020, also refuted the charge of lack of transparency in the PM CARES Fund, set up with the aim of tiding over the corona crisis.

The bill, which was passed in the Rajya Sabha after being cleared in the Lower House, seeks to cut the salaries of MPs by 30 per cent for a year in view of the pandemic-triggered economic crisis.

The Rajya Sabha also cleared the Salaries and Allowances of Ministers (Amendment) Bill, which envisions a similar reduction in the salaries of ministers, and it now awaits the Lower House’s ratification.

During the discussion, Congress leader Rajiv Satav said there was no need to spend Rs 20,000 crore on the Central Vista project, which plans beautification and constructions in the capital, including a new Parliament building. The Congress and several other Opposition parties have objected to the project, dubbing it as wasteful expenditure at a time the pandemic had perpetrated an unprecedented economic crisis. The members have not objected to the snipping of their salaries.

Satav said the Parliament buildings of the US, the UK, Italy and France were constructed in the 17th and 18th centuries, while the one in India came up in 1927. He argued there is no need to demolish the Parliament complex.

Satav also alleged lack of transparency in the management of the PM CARES Fund.

He criticised the Centre for the planned bullet train project linking Ahmedabad and Mumbai, and urged the government to halt it as this could not be the priority in the times of coronavirus.

Many other MPs such as P. Wilson of the DMK and Manoj Jha of the RJD echoed Satav, pointing to the economy and the massive job losses.

Joshi, the parliamentary affairs minister, defended both projects and said the PM CARES Fund was better managed than the way the Prime Minister’s National Relief Fund used to be handled by previous governments.

“You are saying everything should be stopped. Stop bullet train, stop Central Vista. What is this? I do not understand this,” Joshi said.

“Central Vista does not fall within the scope of this bill (on salary cuts). I can only say that all these things, whether bullet train or anything else, these are all projects. On the one hand you say public spending should be more and on the other you are asking us to stop (the) bullet train (project). What is this?” the minister added.

The Opposition leaders also protested the decision of the Union cabinet earlier this year to suspend for two years the Members of Parliament Local Area Development Scheme (MPLADS) citing the pandemic-induced monetary constraints.

Under the scheme, each MP receives Rs 5 crore a year to undertake welfare projects in their respective constituencies. The government has decided that the money under MPLADS will for now be used to strengthen the Centre’s efforts to manage the Covid calamity.

“MPLADS is money for the poor. This is used for ambulances, construction of road, culverts, etc. There is so much monitoring. The decision should be modified. You should reduce the suspension period to one year and make a provision for 50 per cent funds at least,” Azad said.

Joshi replied that the MPLADS suspension was a temporary measure.