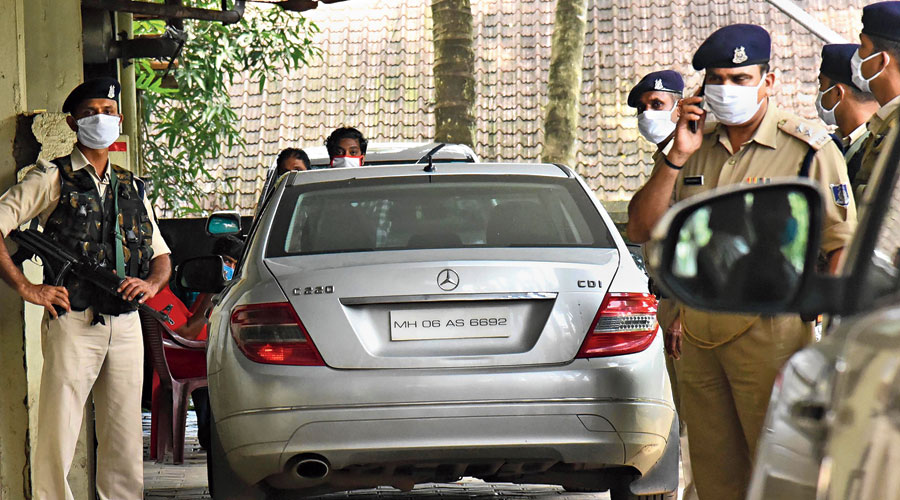 The National Investigation Agency (NIA) has informed a court that the gold smuggling racket in Kerala busted last week had used fake stamps and stickers of the UAE government to make the cargo look like diplomatic baggage.

The agency told the court on Monday that Faizal Fareed, a Dubai-based gym owner, was behind faking the seals and stickers of the UAE government to smuggle the gold.

Thus, the NIA has changed its earlier conclusion that the cargo fell into the category of diplomatic baggage. Union minister of state for foreign affairs and BJP leader V. Muraleedharan had said the baggage was only meant for a diplomat and it was not diplomatic baggage.

The NIA had earlier identified the suspect as Fazil Fareed. On Monday, it said the correct first name was Faizal. The agency also changed his native place from Ernakulam to Kodungallur.

Fareed pleaded innocence in the case when reporters met him in Dubai on Sunday night. “I have nothing to do with this… and I don’t know any of them,” he said.

Fareed left Kerala when he was 19. In his early thirties, Fareed owned a gym and a workshop for luxury cars in Dubai. He lives in Dubai with his family.

The NIA has so far not made any reference to the UAE diplomat to whom the parcel containing 30kg of gold was addressed.

The court on Monday sent Swapna Suresh and Sandeep Nair, two of the arrested suspects, to NIA custody for eight days until July 21.

The court had on Sunday remanded them in three days of judicial custody. They were sent to separate Covid care centres, pending results of their medical tests.

The agency sought 10 days’ remand for questioning in custody after the accused tested negative for Covid-19. But the court granted only eight days.

A fifth suspect who was arrested in the gold smuggling case is alleged to be the mastermind who suggested the use of diplomatic bags to smuggle the yellow metal.

Rameez, an accused in the gold smuggling case, being taken to a special court after his arrest in Kochi on Monday
PTI

K.T. Rameez, who was interrogated for a day on Sunday, was later arrested and presented before a magistrate on Monday morning. Rameez has been remanded in judicial custody till July 27.

Customs officials have reportedly unearthed some information on the man from Malappuram with a history of smuggling gold from the Gulf.

Caught for trying to smuggle rifles via Kochi international airport sometime ago, it has now been confirmed that Rameez had smuggled gold on several occasions and was the mastermind in using the diplomatic channel.

Sources said Sandeep and Rameez were partners and it was the latter who distributed smuggled gold in small portions.

The modus operandi of Rameez was to identify someone who would travel to Dubai on a visit visa and then send a parcel to Kerala.

Suspicions about Rameez’s past strengthened when a man who identified himself as Adul Hameed told a channel that he had worked for him and Sandeep.

Hameed said he was sent on a visit visa to Dubai and asked to send baggage by the air cargo service. He was allegedly dropped after two trips, since he failed in the third mission.

According to Hameed, Rameez and Sandeep then turned to Swapna and P.S. Sarith, who was the first to be arrested, for help since they worked in the UAE consulate in Thiruvananthapuram.

While Swapna was an executive secretary to the consul-general, Sarith was a public relations officer in the consulate until both were sacked late last year over some misappropriation. But, according to the findings of the customs department, both of them maintained their relationship with the consulate.

The Opposition United Democratic Front’s convener, Benny Behannan, said on Monday that the protests would be intensified against the government and chief minister Pinarayi Vijayan.