Giriraj threat to minorities on Ayodhya 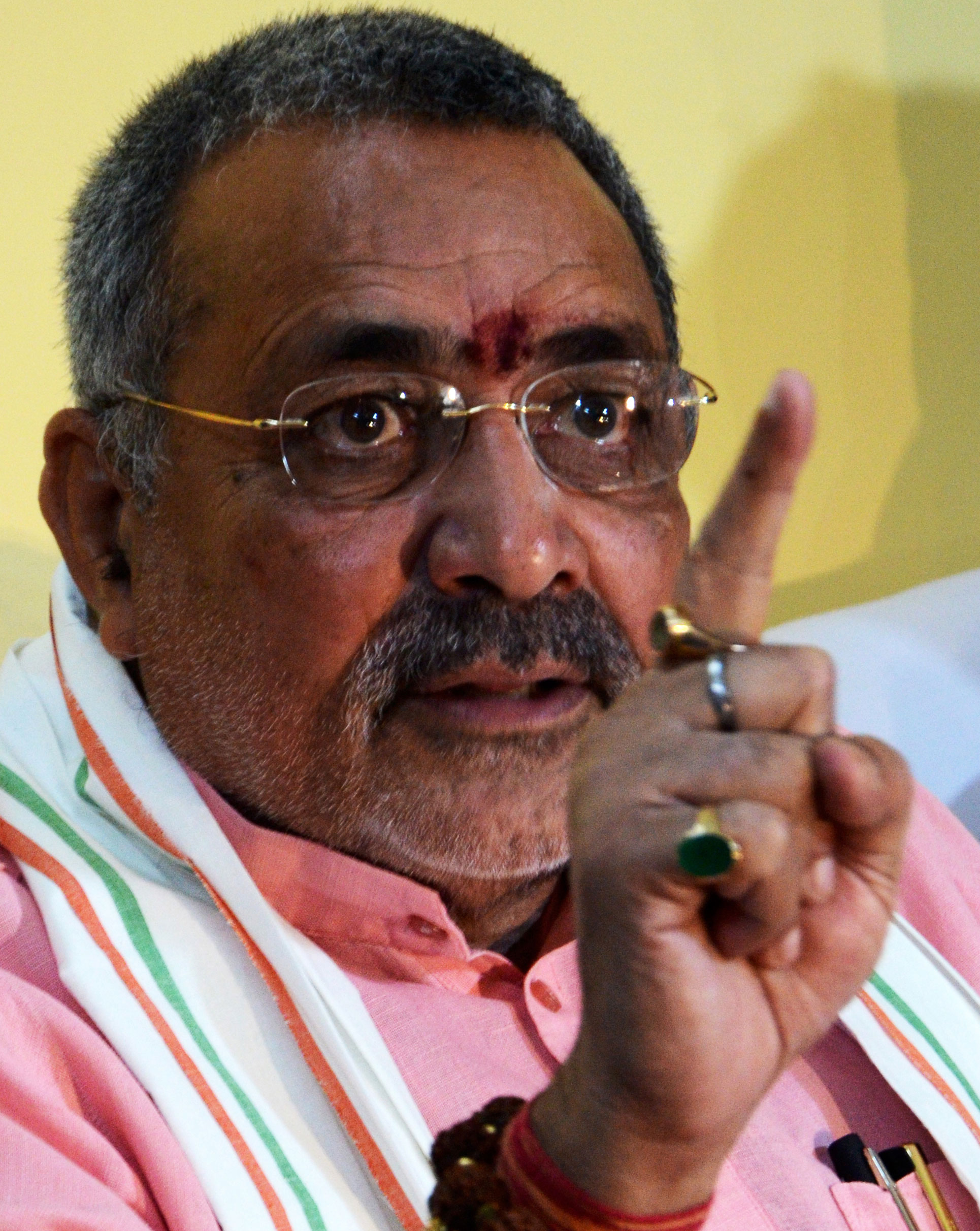 Union minister Giriraj Singh on Sunday issued a veiled threat to Muslims, asking people opposing a Ram temple on the disputed site in Ayodhya to imagine what might happen if Hindus’ hatred for them “turned into flames”.

He later said that “those who have many children” should be stripped of their voting rights, while speaking about a fall in Hindus’ population compared to Muslims’ in parts of the country.

“The Muslims of India are our own descendants (brethren). They are descendants of Lord Ram and not of the Mughals. I appeal to them to take two steps forward the way Shias have done,” the minister of state for micro, small and medium enterprises told a news conference in Baghpat, near Delhi.

“The majority of Muslims are in favour of a Ram temple. I appeal to those who are creating hurdles to come forward. If they don’t, they would create hatred in the minds of Hindus for them. What will happen if that hatred turned into flames?”

appeared meant for Sunnis, the overwhelming majority among India’s Muslims.

The title dispute between Hindu and Muslim groups over the disputed plot in Ayodhya is before the Supreme Court, but RSS chief Mohan Bhagwat has urged the Centre to enact a law to clear the decks for a Ram temple at the site.

Sources said the BJP would be watching how the apex court handles the matter before taking a call on a law, while the party and its Sangh parivar cousins run a public campaign for a Ram temple in the lead-up to the general election.

“The issue of a Ram temple is like a cancer that has reached the second stage. It would become incurable if (the temple is) not constructed now,” Giriraj said.

Asked to be more explicit, he said: “A law for a Ram temple and population control would be possible only through public participation. I’m here (to address an NGO’s rally for a population-control law) for the same reason.”

According to the Sangh parivar, India’s Muslims have a higher birth rate than Hindus and would outnumber Hindus if the trend continues.

“Hindus cannot express themselves freely where their population is less (than that of the Muslims),” Giriraj later told the Jansankhya Kanoon Rally, organised by the Jansankhya Samadhan Foundation.

“The Hindu population has decreased in 24 districts in the country. The same thing will happen in 250 districts in the coming days. Voting rights should be taken away from those who have many children. If you want to teach the equality of all religions, better teach it to the Muslims.”

BJP sources told this newspaper the party and the RSS had assigned Singh to humour sadhus and community leaders who had supported Narendra Modi in 2014 with the hope that he would act on the Ram temple and against Muslims who have more than two children.

“These are tricky issues. Giriraj will be meeting the sadhus and local leaders to convince them to support Modi again,” a BJP politician in Lucknow said.