Forensic experts examining the spot, wounded rushed to the hospital 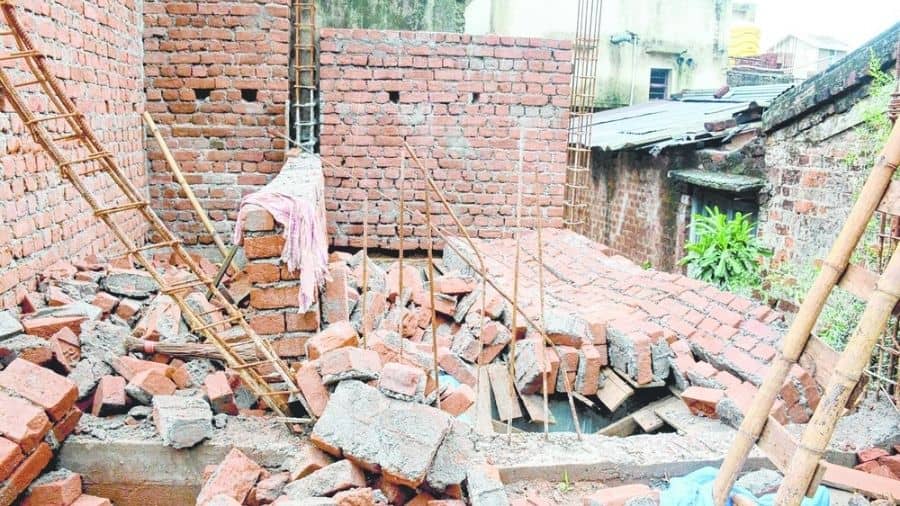 Four people were injured as the wall of a building in eastern Kolkata's Kareya area collapsed on Thursday morning, following a loud noise, suspected to be that of a blast, police said.

The incident happened around 6.30 am in Ahiripukur 1st Lane, they said.

"Locals heard a loud sound from the building and informed the police. On reaching the spot, we found that a wall on the ground floor of the four-storied building collapsed and four inhabitants were injured," a senior police officer said.

The injured persons were admitted to a hospital, he said.

Forensic experts were examining the spot, he said, adding that an investigation was started.