Leaders from across the political spectrum pay their respects 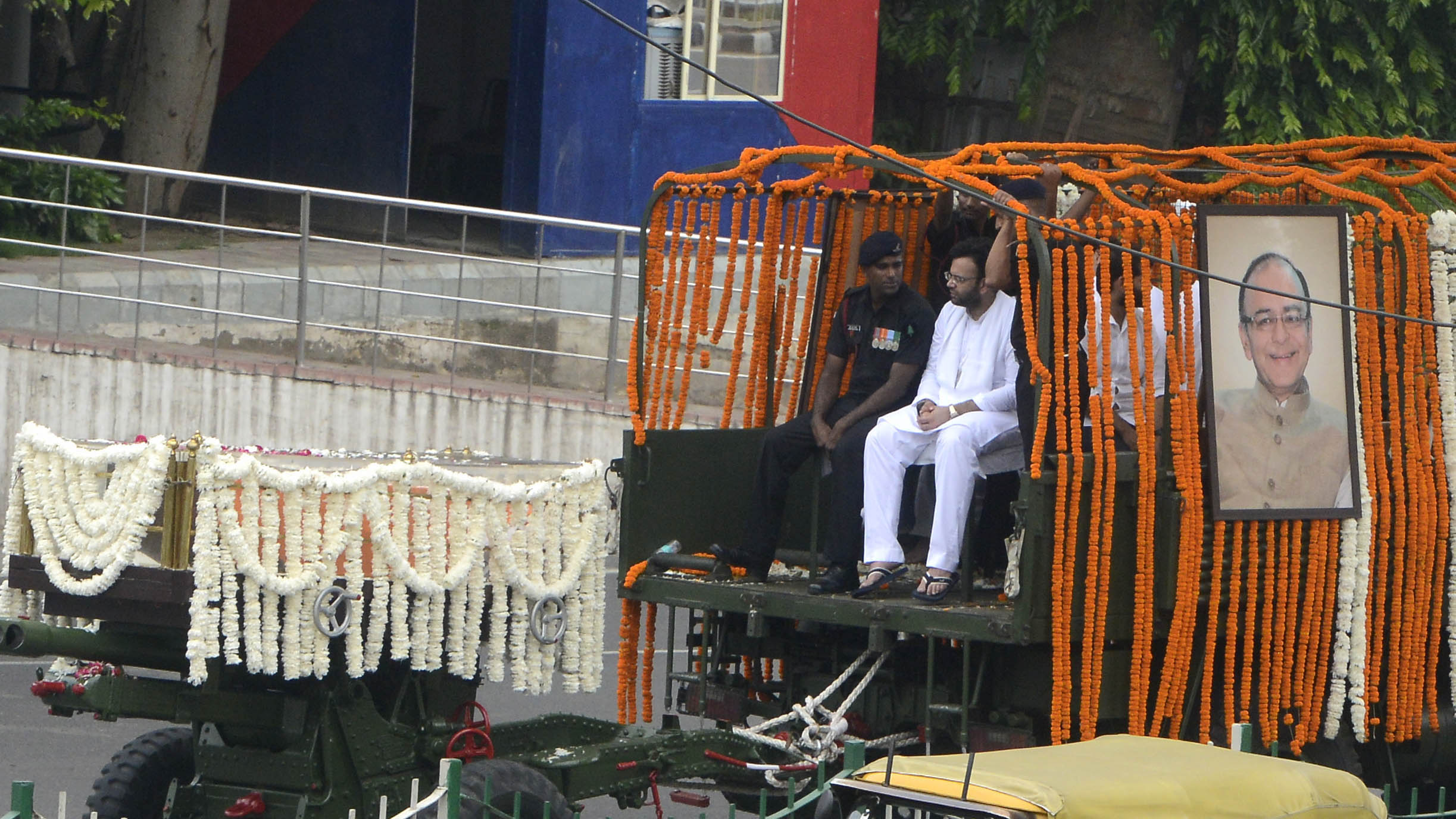 Former finance minister Arun Jaitley was cremated at Nigambodh Ghat, on the banks of the Yamuna river, in New Delhi, with full State honours on Sunday, August 25, 2019, in the presence of leaders from across the political spectrum and scores of his admirers and party workers.

The 66-year-old Bharatiya Janata Party stalwart passed away at the All India Institute of Medical Sciences here on Saturday. 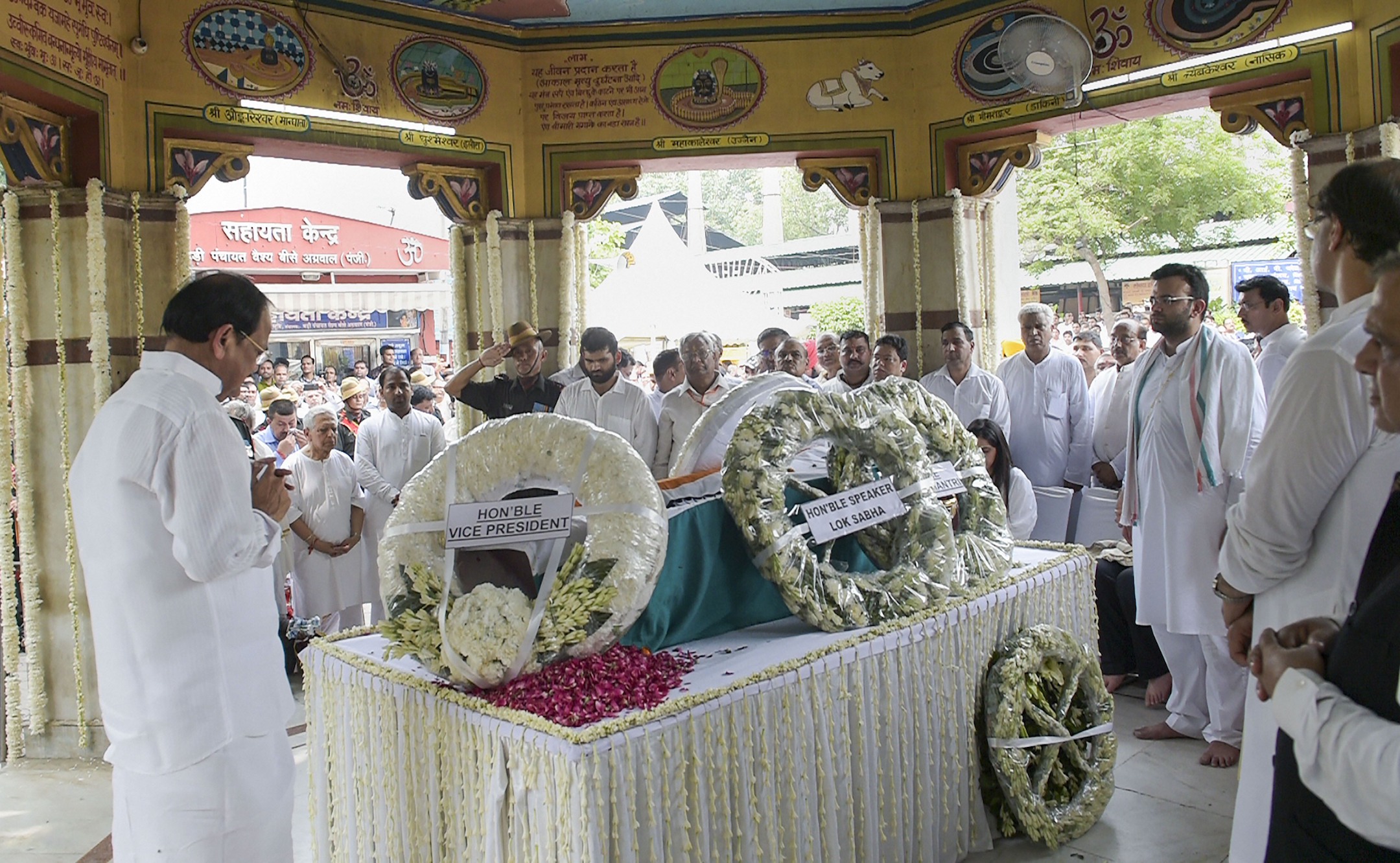 Growing up with Arun, on opposite side

Earlier in the day, Jaitley's body was taken to the BJP headquarters, where BJP workers and others queued up to pay their last respects. The body was then taken in a flower-decked gun carriage to the cremation ground, amidst slogans of 'Jaitley ji amar rahein' (long live Jaitley).

The roads leading to Nigambodh Ghat were lined with posters bearing pictures of Jaitley.