Forced out of park, women sit on road

The protesters, who number over 3,000, most of them women, had started their sit-in on January 6 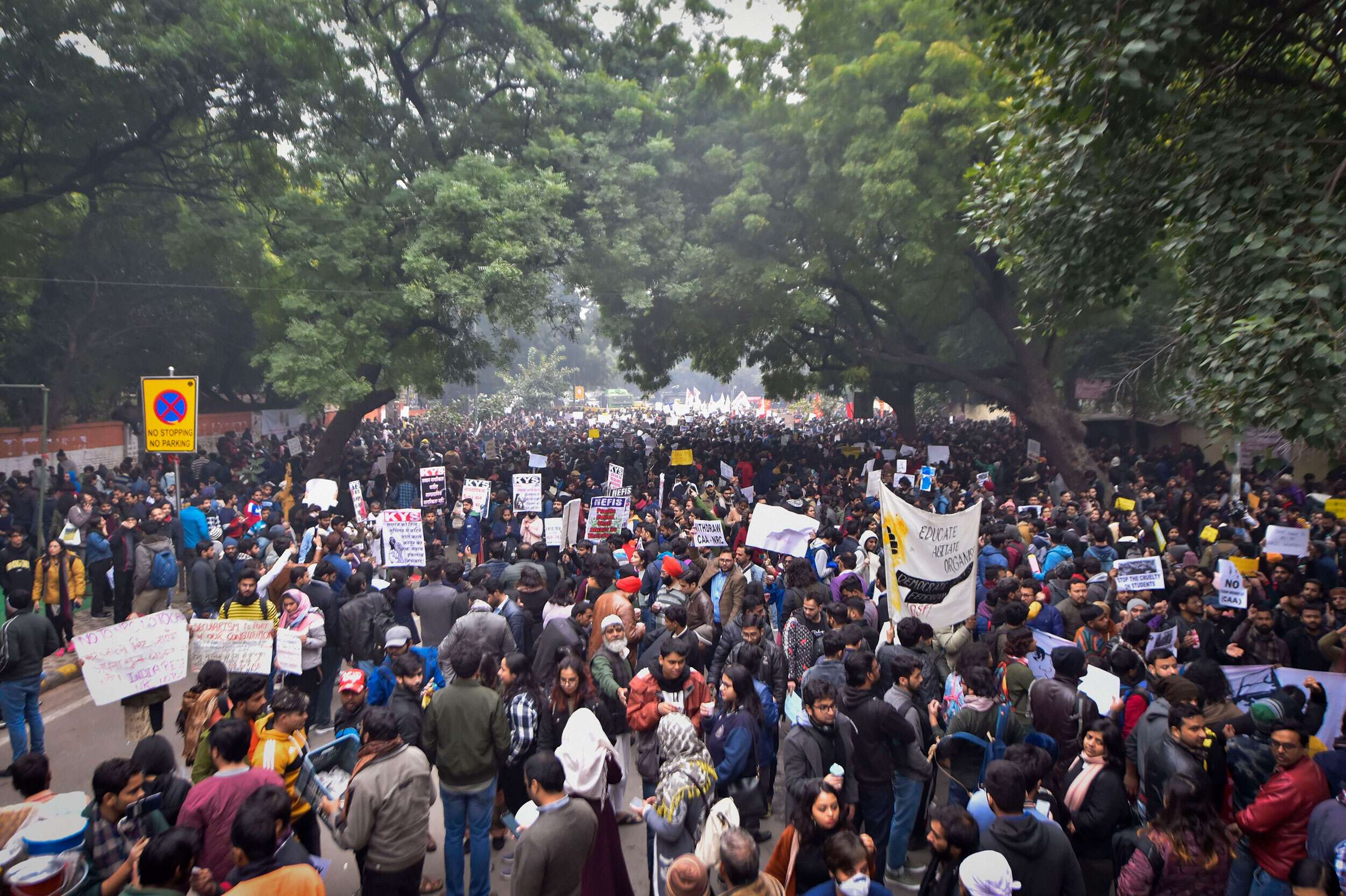 Police boots and batons failed to terrorise common women of Kanpur as they pressed ahead with their protest against the new citizenship matrix on a road in the city’s Chamanganj area after being forced out from adjoining Mohammad Ali Park on Monday.

The protesters, who number over 3,000, most of them women, had started their sit-in on January 6.

“The police had lathi-charged us and tried to crush us under their boots on Monday, the 36th day of our agitation at the park. Most of us escaped from the spot but later sat again on dharna on the road adjacent to the park, where police and paramilitary personnel had gathered in force,” a protester against the Citizenship (Amendment) Act and the National Register of Citizens said.

“They again dragged us away but more women then joined the dharna. As the police were removing about 50 women at a time, 100 more were joining the protest,” she said.

The protesters, among the thousands inspired by the women of Shaheen Bagh in Delhi, have now regrouped on Inspector Road that adjoins Mohammad Ali Park.

Police in the Uttar Pradesh city had asked the protesters to vacate the park but early on Monday morning, around 4.30am, they began removing the demonstrators by force. The protesters alleged they were roughed up but police officials claimed they were forced to use batons because some of the protesters pushed and jostled with the police.

The woman protester said those who had gathered on Inspector Road were determined to continue with their dharna.

“The Yogi Adityanath government has removed us from the park and now it can blame us for blocking the road. The fact is that the state government forced us to sit on dharna on the road. We will continue our protest till the Centre rolls back the CAA. We are prepared for years,” she said.

“There are some Muslim clerics and so-called leaders, including women and men, who are trying to present themselves before the media and the local administration as our representatives. We appeal to the protesting women not to listen to them because every protester is a leader here. It is a spontaneous movement.”

Raj Kumar Agrawal, SP, Kanpur (east), said while the police were trying to persuade the women to vacate the park, the protesters attacked police personnel and snatched mobile phones and cameras of the journalists. “We used mild force to control the situation,” Agrawal said.

“While the protest was going on there, some people were spreading false rumours and provoking the women on social media,” the police officer added. “We have identified 12 of them and are registering cases against them. Further action will be taken against them soon.”

District magistrate Brahmdev Ram Tiwari claimed the sit-in had been withdrawn on February 8 but some factions started the dharna again. “We have appealed to the women to maintain peace and harmony.”

An eyewitness said the women have now occupied a 1km stretch of the road in Chamanganj. “There are some children with their mothers. The women have demarcated with a rope the entire area where they are sitting. There is a huge force present at a distance. It appears they are waiting for night to fall before again using force to disperse the women,” the eyewitness told The Telegraph.

“The district police had issued a press release on Saturday that the women had handed a memorandum to the DM and discontinued their protest. It proved to be a lie the police were trying to spread to create confusion among the protesters.”