On Monday, she joined operational duties at the naval base at Kochi in Kerala 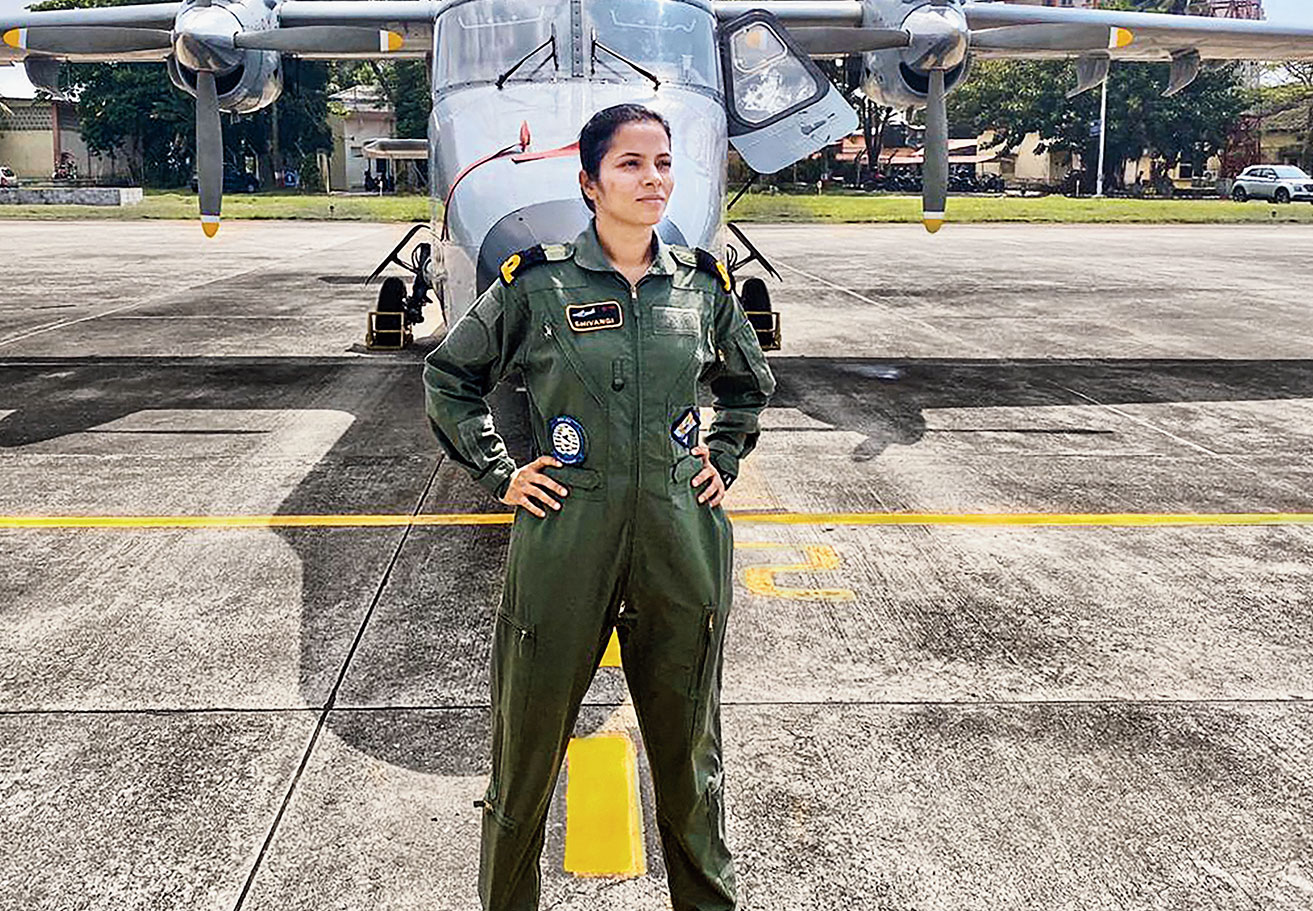 Sub-lieutenant Shivangi has broken the glass ceiling, becoming the first woman pilot in the Indian Navy.

On Monday, she joined operational duties at the naval base at Kochi in Kerala, defence ministry sources said.

Shivangi, who was born in Bihar’s Muzaffarpur, will be flying the Dornier surveillance aircraft of the Indian Navy.

“It is a proud feeling for me. I have been craving for this since a very long time and finally it’s here. Women were always there in the navy but they were not in the cockpit. This is something different.… Woman in the cockpit for the first time,” Shivangi told reporters.

“It will create more opportunity for other women who want to join defence.... Maybe they will start going for choppers and fighters.”

Shivangi was commissioned into the Indian Navy last year after initial training.

In August this year, the Indian Air Force’s Wing Commander S. Dhami become the first female officer in the country to become the flight commander of a flying unit.