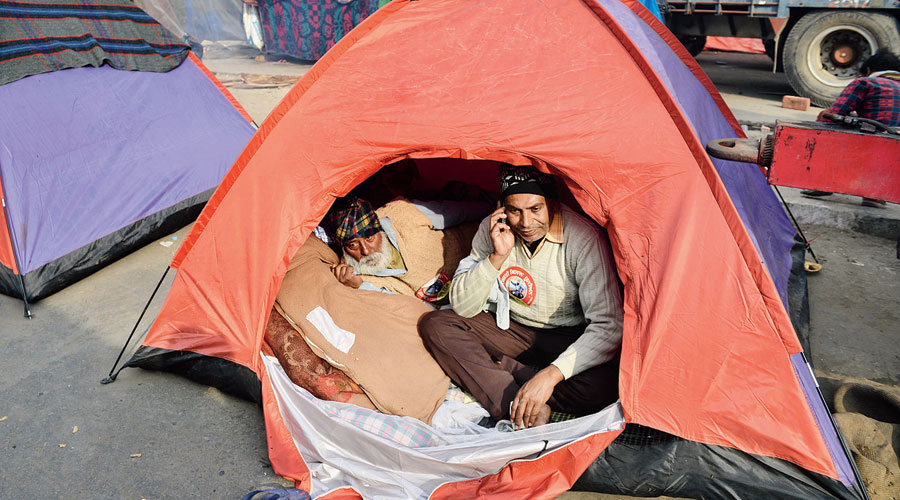 A fire broke out in a tent at Delhi’s Singhu border where farmers have been protesting the government’s controversial agriculture laws, the Samyukta Kisan Morcha (SKM) said on Saturday.

Sukhwinder Singh, a protester, said the incident took place around 10am near an under-construction flyover where the tent had been put up.

However, there was no official word about the incident from police or the fire department. The tent was completely burnt, the SKM, the umbrella outfit spearheading the agitation, said.

A man was injured while trying to extinguish the blaze. The tent was burnt after a cylinder caught fire, the SKM said.

There were 10 to 12 people inside the tent when the fire broke out. Five mobile phones, 20 mattresses, 20 chairs and dry rations were destroyed, the SKM said, adding that a fire tender from Kundli doused the blaze.

Hundreds of farmers are camping at Delhi’s borders at Ghazipur, Singhu and Tikri since November demanding repeal of the Centre’s three contentious farm laws.