Delhi government to set up electronic city at Baprola to create 80,000 jobs through electronics manufacturing 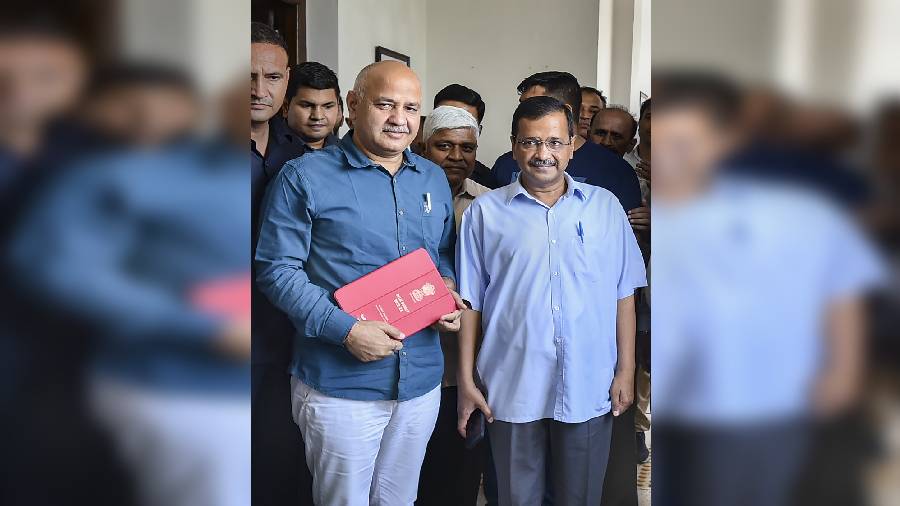 With an aim to boost employment opportunities and give an impetus to electronics manufacturing, Sisodia on Saturday proposed to set up an electronic city in the national capital to create 80,000 jobs.

The announcement was made during his budget presentation for the financial 2022-23. The electronic city will come up at Baprola.

"We will set up an electronic city at Baprola in Delhi to create 80,000 jobs through electronics manufacturing," Sisodia said in his budget speech.

He said the move will also attract IT companies to the national capital.

"We intend to build the electronic city to create jobs. We will also set up a 90-acre plug-and-play manufacturing centre to attract electronic companies to set up base in Delhi. The redevelopment of the non-conforming industrial areas will be done to create six lakh new jobs," Sisodia said.

The deputy chief minister presented a Rs 75,800 crore budget in the Assembly for the financial year 2022-23 on Saturday.

This is the eighth consecutive budget of the Aam Aadmi Party (AAP) government.

Sisodia, in his budget speech, said goods of Delhi are considered reliable and trustworthy, and many people still shop from traditional wholesale and retail markets despite the presence of modern malls.

"Shopping at these conventional markets is considered a part of our traditional culture and ethos. Delhi has many famous markets, and we have planned to redevelop and modernise them so as to also make them attractive tourist destinations, aiming to create more jobs in the coming years," he said.

For this market redevelopment, "five bazaars" have been identified initially, and Rs 100 crore outlay has been made in the budget for it, Sisodia said, adding that this redevelopment and its impact has a potential to generate 1.5 lakh new jobs.

The deputy chief minister cited the example of a wholesale shopping festival in China and its impact to emphasise the importance of the initiative.

Sisodia said these shopping festivals are planned to be organised for four-six weeks, in association with shopkeepers, traders and market bodies, during which shopping, entertainment and food will be promoted, and shoppers will get discounts too.

In his speech, Sisodia dubbed the 2022-23 budget a "Rozgar Budget", and said that in the next five years, the plan is to generate 20 lakh new jobs in Delhi through various measures.

Sisodia also said that the per capita income of Delhi is 2.7 per cent higher than the national average.

In his budget address, he also proposed a food truck policy to promote local delicacies under which food trucks are to be allowed on the streets from 8 pm to 2 am.

"Delhi's economy is recovering gradually from the impact of COVID-19. The budget allocation for 2022-23 is ₹ 75,800 crore," Mr Sisodia said in his budget speech.

This is the eighth consecutive budget of the Aam Aadmi Party (AAP) government.

He also said the per capita income of Delhi is 2.7 per cent higher than the national average.