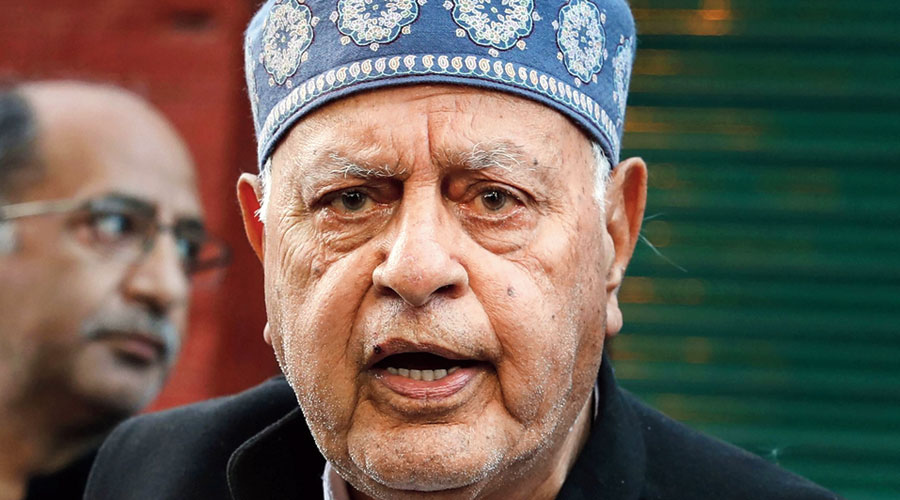 National Conference president Farooq Abdullah on Tuesday appeared before the Enforcement Directorate for questioning in connection with a money laundering case linked to alleged financial irregularities in the Jammu and Kashmir Cricket Association.

Abdullah, the Lok Sabha MP from Srinagar, arrived at the ED office at Rajbagh at 11 am. Before going in, the former chief minister spoke to reporters and linked his questioning with the forthcoming assembly elections in Jammu and Kashmir.

I won't say much (about the summons) there are elections to be held and they will trouble us till then, he said.

On May 27, the ED summoned Abdullah to its Srinagar office in connection with the money laundering case. Abdullah, 84, a three-time chief minister of the erstwhile Jammu and Kashmir state, had recorded his statement in the same case in 2019, officials said.

Political parties in the Valley said the summons was "common to all opposition" leaders in the country.

Reacting to the development, the National Conference said the veteran leader would continue to cooperate with the authorities like he has done in the past.