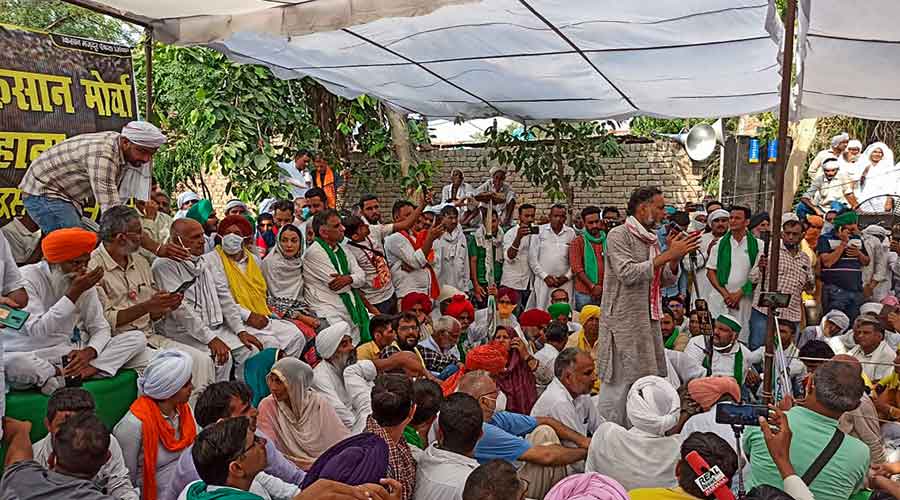 Protesting farmers called off their sit-in at a police station here on Monday evening shortly after the third farmer activist arrested in connection with the protest against ruling JJP legislator Devender Singh Babli was released on bail and other demands of the agitators were met.

Earlier in the day, the Samyukta Kisan Morcha, which has been spearheading the movement against the new farm laws, called off a plan to hold protests at every police station in Haryana following the release of two arrested farmers on bail but decided to continue protesting at the Sadar police station in Tohana city of Fatehabad district of Haryana since a third activist was lodged there.

Officials confirmed that the farmers had dispersed from the police station after calling off their protest.

Senior SKM leaders including Rakesh Tikait, Yogendra Yadav and Gurnam Singh Chaduni had led the farmers’ protest outside the police station in Tohana.

Farmers Ravi Azad and Vikas Sisar, who were arrested for allegedly trying to gherao Babli’s residence last week, were released on bail by the court while the third farmer Makhan Singh was let go in the evening.

Earlier, farmer leaders had demanded that cases registered against several peasants in connection with the protest against Babli be taken back.

Meanwhile, Tikait said the arrested farmers had been released and described it as a victory of the peasants. Yadav said all demands of farmers have been conceded and described the release of the trio as a major victory for the Morcha.