Farmers’ protest: decision to hold talks likely to be taken on Saturday 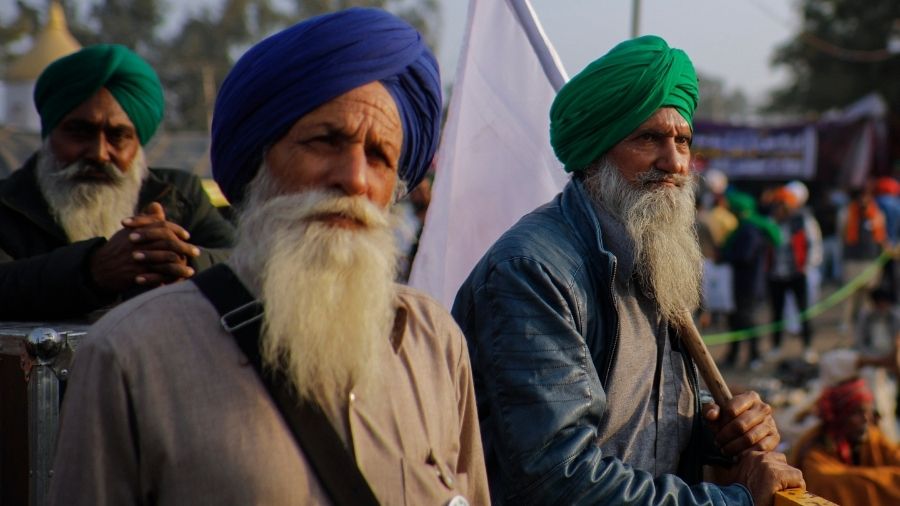 As the protesting farmers’ organisations met on Friday over the government’s new letter inviting them for talks, some unions indicated that they may decide to accept the request to find a solution to the ongoing deadlock over the three contentious agri laws.

The unions informed that they will sit again on Saturday for another discussion, where a decision is likely to be taken formally.

An official in the Union ministry of agriculture and farmers' welfare also said the government was expecting the next round of meetings to take place in the next two-three days.

A farmer leader, who wished to remain anonymous, said their demand for a legal guarantee on the minimum support price will remain in force.

“We have another meeting tomorrow to take a decision on the Centre's letter. In this meeting, we may decide to resume talks with the government as it appears through its previous letters that it has not been able to understand our issues so far,” the leader said.

He said the government's letters have no proposals, the reason why farmer unions may decide to hold fresh talks and make it understand their demands.

“MSP cannot be separated from our demand of repealing these three laws. In these laws, there is mention about private mandis. Who will ensure that our crop is sold at fixed MSP if it is not there,” another leader sought to know.

On Friday, several farmer unions held a meeting, but no decision could be taken on the Centre's latest letter.

On Thursday, Joint Secretary in the Ministry of Agriculture and Farmers’ Welfare Vivek Aggarwal wrote to the protesting unions and invited them for fresh talks, but made it clear that it would not be ‘logical’ to include in the agenda any new demand related to the MSP, which is out of the purview of the three new farm laws.

On Wednesday, the Sanyukt Kisan Morcha, an umbrella body of 40 unions protesting at three Delhi border points --- Singhu, Tikri and Ghazipur -- for the last 28 days, had asked the government to not repeat the proposal of ‘meaningless’ amendments that they have already rejected but to come up with a “concrete offer” in writing for the resumption of talks.

The All India Kisan Sangharsh Coordination Committee Friday demanded that the Centre arrange trains so that farmers from different parts of the country reach the ongoing protests at Delhi's border points, adding that they are ready to pay the cost of tickets for all peasants.

Earlier in the day, Prime Minister Narendra Modi squarely blamed those with a political agenda for the deadlock in the Centre's talks with the protesting farmers and asserted that his government was willing to hold dialogues with all, including those staunchly opposed to it, as long as talks are based on farm issues, facts and logic.