BKU leaders claim its members make up two-thirds of protesters 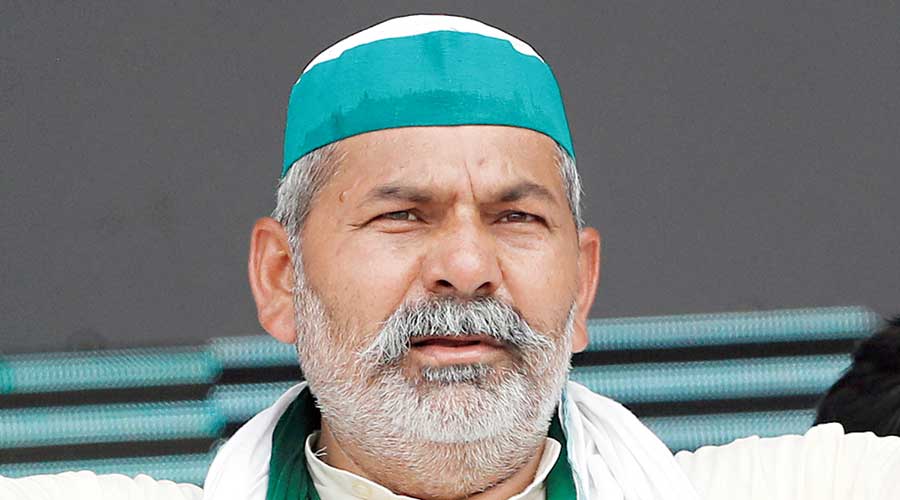 Ugrahan, a former soldier from Sunam tehsil in Sangrur district, Punjab, formed what has now become the largest faction of the BKU in 2002.

The group’s leaders claim its members make up almost two-thirds of all the protesters at Delhi’s borders. Ekta Ugrahan is seen as the most influential secular organisation in Punjab’s Malwa region. The group was not invited to the talks that Union home minister Amit Shah held with 13 peasant groups last December.

Ekta Ugrahan had begun the agitation in September last year with protests in front of the homes of former Punjab chief minsters Amarinder Singh and Parkash Singh Badal, and boycotted Congress leaders the following month over the issue of compensation to cotton farmers for pest attacks.

Ugrahan has kept his group at a distance from others, organising protests separately from the start and leading the agitation at the Tikri border rather than join most of the other groups in Singhu.

His group now focuses its attacks on the BJP alone, unlike many others who equate the Congress with the BJP in Punjab as both are ruling parties. During the agitation, Ugrahan’s group joined and invited industrial workers and protested against the imprisonment of students over the 2020 Delhi riots, and of activists and writers in the Elgar Parishad case.

Ekta Ugrahan’s expansion in states like Uttarakhand and Haryana has caused friction between it and BKU (Charuni).

Gurnam, who is from Charuni Jattan in Haryana’s Kurukshetra district, leads the key BKU faction in the state. He was suspended from the Samyukta Kisan Morcha for a week in July for leading campaign rallies for the upcoming Punjab polls, which went against the SKM’s norm of keeping out of the electoral arena.

He boycotted meetings after that, saying he was being discriminated against, and has been involved in public spats with other farmer groups. Gurnam is known for creative protests: he has led shirtless protesters, dumped potatoes on highways, and in 2019 climbed a tall water tank to compel government procurement of the sunflower crop.

His supporters led militant boycotts of the BJP and its Haryana ally, the Jannayak Janta Party, after the police detained him on his way to Lakhimpur Kheri in Uttar Pradesh last month. Earlier, Haryana police had booked him in an attempt-to-murder case in Ambala for leading protesters in driving their tractors through a highway police barricade.

Jagmohan is a qualified acupuncture therapist from the border village of Karma near Ferozepur, Punjab. After the anti-Sikh riots in 1984, he quit his job in the department of cooperatives to devote all his time to activism.

He joined the BKU-Ekta group in 1993, walking away later to form the Dakaunda group in 2005. Jagmohan is considered an encyclopaedia on agricultural laws, negotiations and the history of the farmers’ movement, and is consulted by other groups.

Through the agitation, he has spoken out on the changing fine print in the Centre’s and state governments’ grain procurement policy and other economic policies. He began protests against the farm ordinances in June last year and was instrumental in getting several Punjab groups to cooperate with the All India Kisan Sangharsh Coordination Committee.

Part of the secular tendency that includes Ugrahan, Darshan Pal, Balbir Singh Rajewal and the Left, Jagmohan has opposed the proximity of Nihang religious warriors to the Singhu protest and the use of religious symbols.

Pal has been the agitation’s spokesperson and ideological helmsman, setting the line, politely chiding leaders who digress, and bringing together groups with strong individual identities some of whom have clashed in the past.

Known as a far-Left intellectual in Punjab, Pal is an MD in anaesthesia. He retired early from the Punjab Civil Medical Service and began organising peasants in 2007. Before this, he was associated with radical platforms including the now-banned Revolutionary Democratic Front and the People’s Democratic Front of India (PDFI), and with now-imprisoned professor G.N. Saibaba, Elgar accused author Varavara Rao and anti-dam activist Medha Patkar.

The PDFI had organised several visits by activists to Singur, Bengal, to protest the eviction of peasants to set up a Tata Nano factory — part of attempts at reindustrialising Bengal that led to the Left Front government’s downfall in 2011. Pal was among those who had last year called for the burning of effigies representing the Centre and corporate houses seen as its cronies.

Mollah has emerged as a key leader with a national outlook in the SKM and has been instrumental in taking the agitation outside north India.

The former CPM parliamentarian was elected to his current position in the CPM-affiliated AIKS — perhaps India’s largest group of organised peasantry — in 2012. Since then, the organisation has led several large agitations, such as in Maharashtra in 2018.

The AIKS has taken up issues of peasants outside the ambit of the farmer agitation, such as that of Bengali peasants killed during an eviction drive in Assam in September.

Tikait’s contribution has been the expansion in western Uttar Pradesh. He had broken down in front of TV cameras as police laid siege to his protest at the Ghazipur border in January and cut off electricity. The visuals of him crying led to lakhs of Jats arriving in tractors to join him, pushing aside barricades.

Tikait, a former Delhi police constable, is the son of Mahendra Tikait, one of those who had founded the BKU in 1978. Rakesh Tikait lost his deposit as a Rashtriya Lok Dal candidate from Amroha, Uttar Pradesh, in the 2014 Lok Sabha polls. An unlikely leader of the farmers’ movement, he has publicly said he had voted for the BJP in 2019. However, Tikait has worked hard to shake off the image of being close to the BJP by blocking the Delhi-Uttar Pradesh border at Ghazipur and leading the siege of a police station in Fatehabad, Haryana, for the release of agitating farmers.