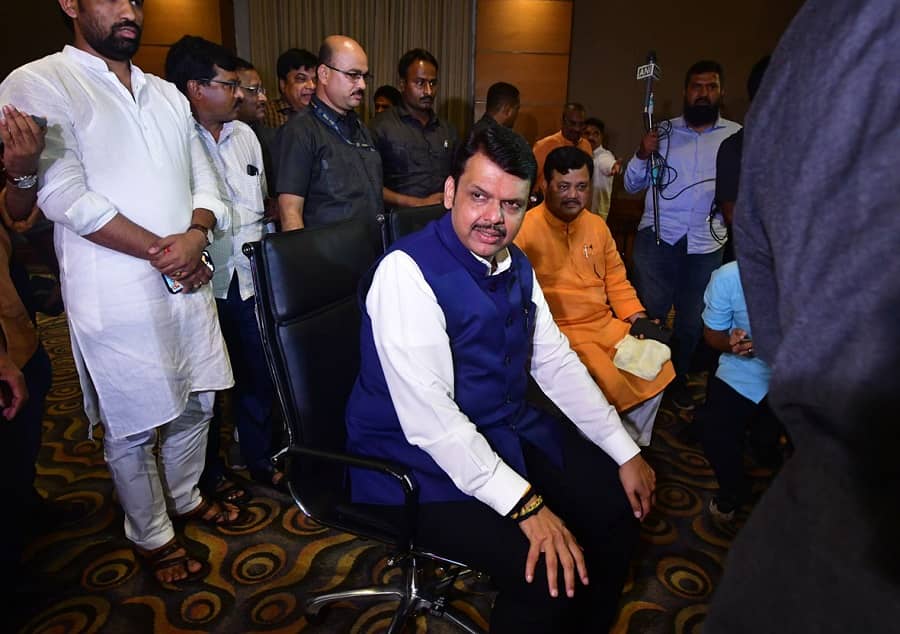 Former Maharashtra CM and Leader of Opposition Devendra Fadnavis during a party meeting, at Taj President Hotel in Mumbai on Wednesday
PTI Picture
Our Bureau And PTI   |   Mumbai   |   Published 30.06.22, 06:56 AM

Maharashtra chief minister Uddhav Thackeray resigned earlier in the evening, a day before a scheduled floor test in the state Assembly.

The state BJP unit has asked all its MLAs to gather in Mumbai.

To a question about the BJP's next move, as it is the single largest party in the Maharashtra legislative assembly, Patil said, "The next steps will be decided by Fadnavis and Eknath Shinde." He also said BJP workers "should observe restraint in victory." Fadnavis told reporters that "I will tell the party's stand tomorrow for sure." There will be another round of meeting at the official residence of Fadnavis later tonight, sources said.