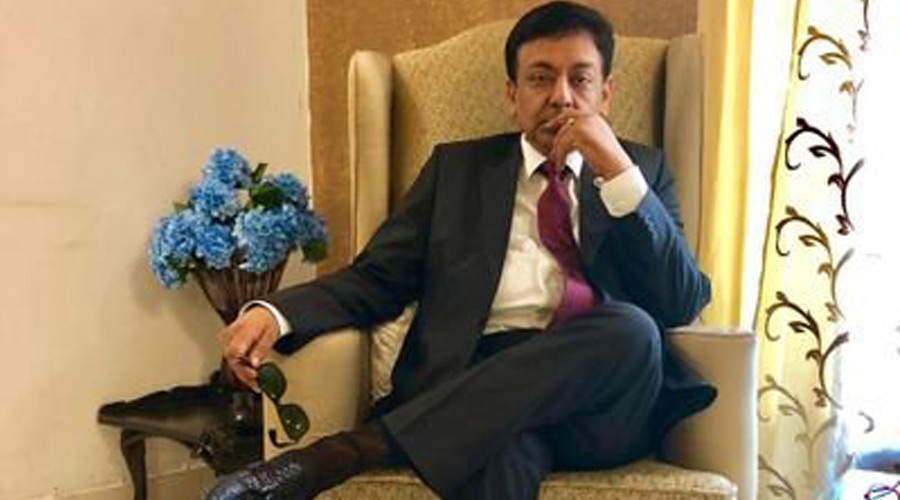 Former chief secretary of Andaman and Nicobar Islands Jitendra Narain on Friday appeared before a Special Investigation Team (SIT) for questioning over gangrape charges against him.

Narain was taken to the Police Lines in Port Blair through a rear entrance to avoid protesters.

The senior official arrived here on Thursday following a Calcutta High Court order and was escorted out of the airport amid heavy security cover.

He had not responded to questions from reporters, who were waiting for his arrival at the airport.

The SIT is probing an allegation by a 21-year-old woman that she was gangraped by Narain and others on April 14 and May 1.

In an FIR registered at Aberdeen Police Station in Port Blair on October 1, the woman alleged that she was lured to the chief secretary's home with the promise of a government job, and then raped by top officials there.

A vacation bench comprising justices Bibek Chaudhuri and Prasenjit Biswas has granted interim protection against arrest to Narain till a date that will be fixed by the circuit bench of the Calcutta High Court in Port Blair on November 14, on its first date of sitting after the Durga Puja vacation.

The court also noted that Narain, who was transferred to Delhi on July 21, has declared that he is ready and willing to cooperate with the investigation.

The bench allowed the SIT to interrogate and take all other steps such as medical examination of the petitioner in the course of interrogation.

A joint team of police officers from Andaman and Nicobar Islands and Delhi had raided the house of Narain on October 18, following which he filed an application before the Delhi High Court praying for transit anticipatory bail.

A single bench of the Delhi High Court granted interim protection from arrest to Narain till October 28.

He, thereafter, filed an application before the Calcutta High Court praying for an extension of time on the ground that the next circuit bench at Port Blair will start from November 14, so that he gets an opportunity to pray for anticipatory bail before it in the Andaman and Nicobar capital.