The city is on a high alert after Thursday's violence 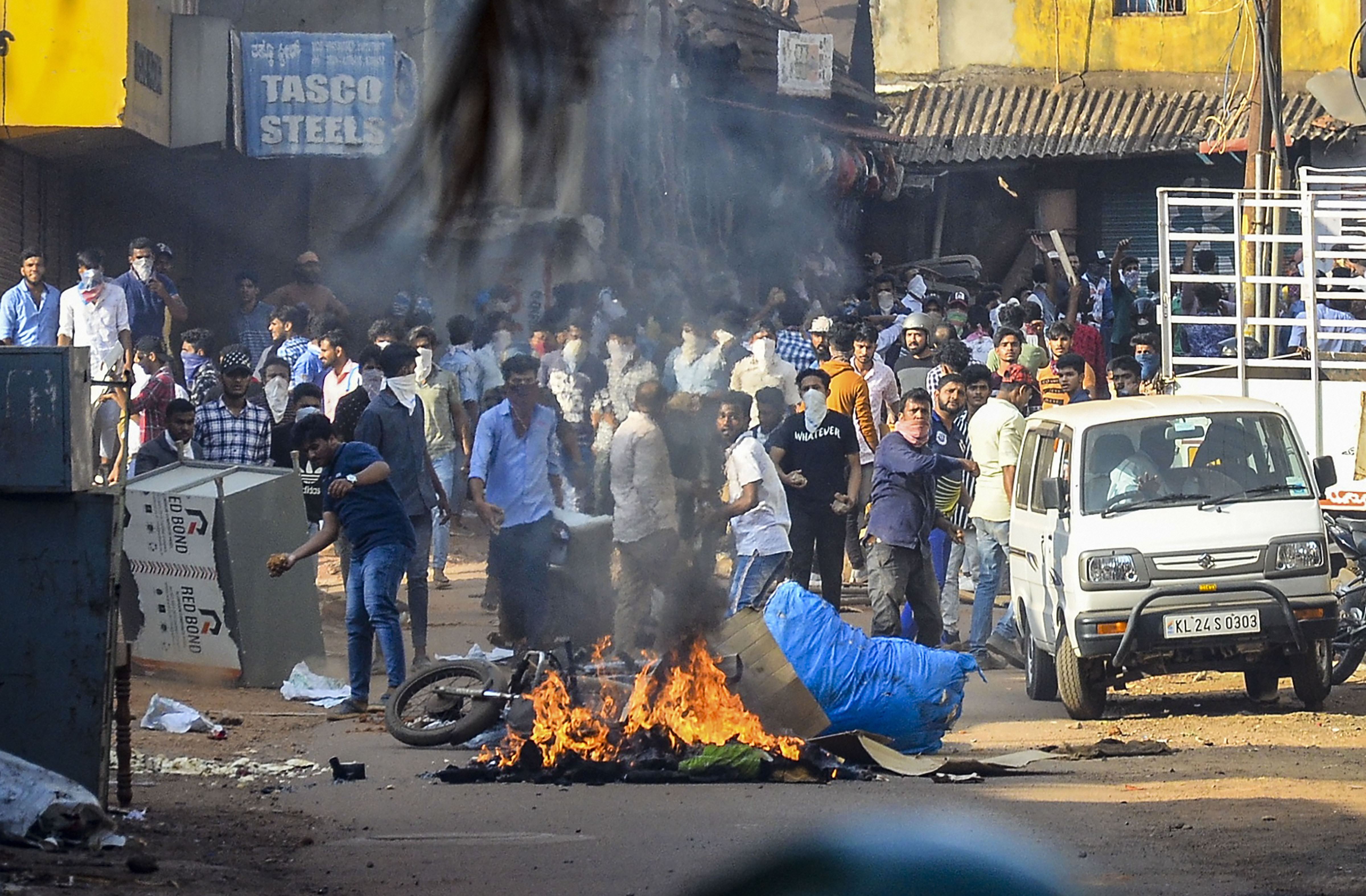 Entry of those coming from Kerala to Mangaluru was restricted at Thalappady border as police were checking identity cards before allowing them in emergency cases.

Mangaluru is on a high alert after Thursday's violence and public are advised not to move out of their houses, sources said.

At least 50 men and women who had arrived by a train from Kerala were taken into custody for trying to enter the city without their identity cards.

Media persons were also detained for entering the premises of the Government Wenlock Hospital where the post- mortem of those killed in the firing on Thursday was underway.

Their cameras and mobile phones were also seized.

Mobile internet has been shut in Mangaluru and the same will continue till December 22 midnight, a statement from city police commissioner P. S. Harsha said.

An uneasy calm prevailed in the city in the morning without any major untoward incident reported from any part in the presence of a heavy police force.