Advertisement
Home / India / Elections in five states to be held between February 10 and March 7, counting on March 10

Elections in five states to be held between February 10 and March 7, counting on March 10 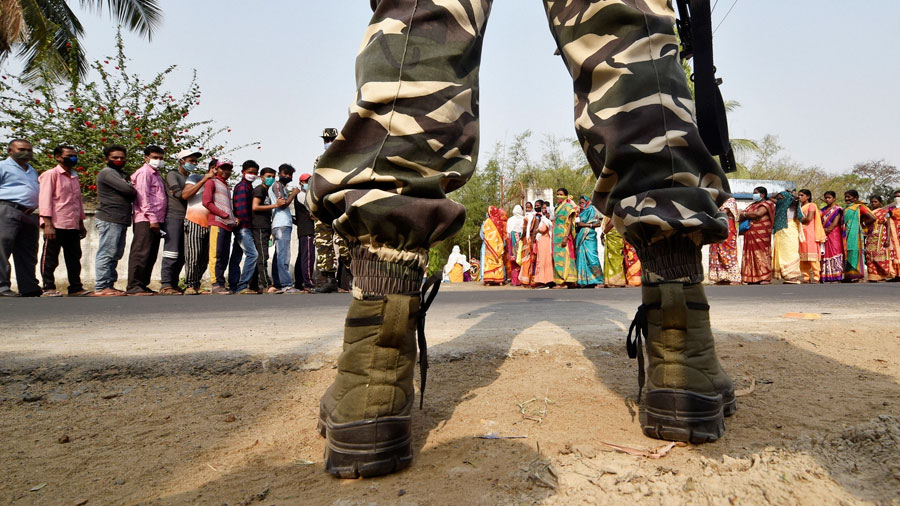 Chandra said that the commission had set some key goals for these Assembly polls, namely, that it would ensure Covid safe elections, a comfortable voting experience for all voters and maximum voter participation.
File picture
Our Bureau   |   Calcutta, New Delhi   |   Published 08.01.22, 04:44 PM

Assembly elections in five states, namely, Uttar Pradesh, Manipur, Punjab, Goa and Uttarakhand, will be held in seven phases between February 10 and March 7, and results declared on March 10, the Election Commission of India said on Saturday.

Voting will be held amid strict Covid mitigation guidelines. While voting time had been extended by one hour, Chandra said that the EC was advising all parties to conduct campaigns virtually.

Chandra said that the commission had set some key goals for these Assembly polls, namely, that it would ensure Covid safe elections, a comfortable voting experience for all voters and maximum voter participation.

The Chief Election Commissioner said that all officials on election duty will be double-vaccinated. And that all election officers will be treated as frontline workers and hence be provided with booster doses of the vaccine.

He also spoke of certain technology tools that would be used during these elections to ensure free and fair voting. The Suvidha app, for instance, is for all political parties to schedule rallies and meetings and seek permissions for holding them.

Also, the C-Vigil app is for the use of all members of the public, including voters, to upload and report any wrongdoing with respect to the voting process, like handing out freebies, defacement of property, and any violation of the model code of conduct.

The UP election is viewed as critical for the BJP, which faces a keen challenge from Samajwadi Party chief Akhilesh Yadav. The UP polls are also an indicator of how the BJP might perform in the 2024 general election; the state sends 80 MPs to the Lok Sabha - the most of any.

In Punjab the Congress is battling to retain power after a leadership crisis triggered by the spat between Navjot Sidhu and ex-Chief Minister Amarinder Singh, who quit his post and the party last year to set up the Punjab Lok Congress and ally with the BJP.

In Goa the BJP is facing anti-incumbency and challenges from the AAP and the Trinamool Congress, in addition to the Congress. The Congress and the AAP will challenge the BJP in Uttarakhand too, where the ruling party last year was forced to change chief ministers twice in less than six months.

In Manipur (as in Goa), the Congress won 28 seats in the 60-member Assembly, but the BJP formed the government after support from three regional parties.