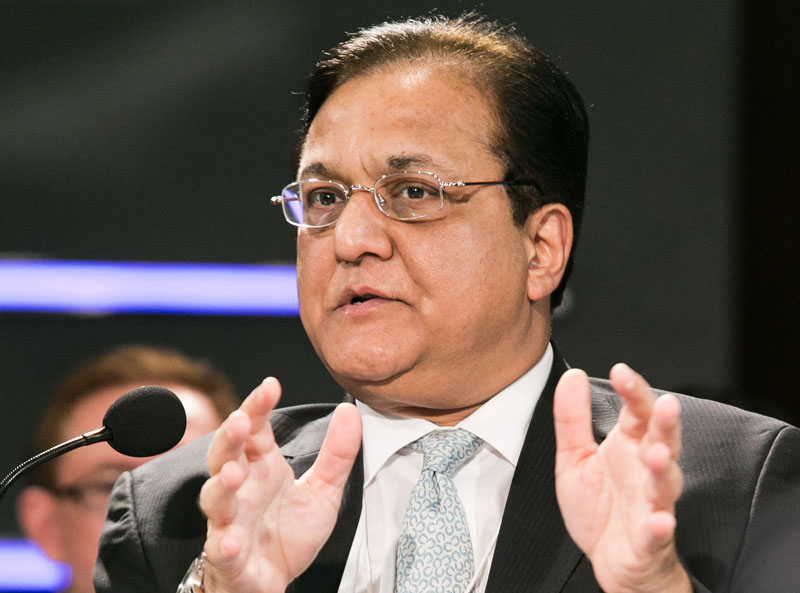 The banker was held under the provision of the Prevention of Money Laundering Act (PMLA) around 3 am as he was allegedly not cooperating in the probe, they said.

Kapoor's arrest at the ED office in Ballard Estate followed over 20 hours of questioning by the central agency after it raided his residence on Friday night.

The arrest comes after charges of alleged financial irregularities and mismanagement in the operations of the private bank surfaced and the RBI and Union government initiated action to control its affairs.

Officials said Kapoor, 62, will be produced before a local court during the day to obtain custody.

The investigating officer of the case had recorded Kapoor's statement under the PMLA when he was first interrogated on Friday night at his upscale residence in 'Samudra Mahal' complex in Worli area here.

He was brought to the ED office on Saturday noon for a fresh round of questioning.

On Saturday, the agency widened its probe in the case as the premises of Kapoor's three daughters in Delhi and Mumbai were searched to gather more information and evidence.

According to officials, Kapoor's wife Bindu and daughters -- Rakhee Kapoor Tandon, Roshni Kapoor and Radha Kapoor -- are allegedly linked to some companies to which the suspected 'proceeds of crime' have been traced.

The case against Kapoor is linked to the scam-hit DHFL as the loans lent by the bank to the company allegedly turned NPAs, they said.

A Rs 600 crore worth loan extended by the DHFL to an entity is also at the centre of the ED probe, officials said.

The central agency is also probing Kapoor's role in connection with the disbursal of loans to some corporate entities and the subsequent alleged kickbacks reportedly received in his wife's accounts.

Other alleged irregularities are also under the agency's scanner including the one related to the alleged PF fraud in the Uttar Pradesh power corporation, they added.

The CBI has recently taken over investigation into the Rs 2,267-crore Employees' Provident Fund fraud in Uttar Pradesh, where hard-earned savings of power sector employees were invested in Dewan Housing Finance Corporation (DHFL).

The ED action came after the Reserve Bank of India (RBI) on Thursday imposed a moratorium on the capital-starved Yes Bank, capping withdrawals at Rs 50,000 per account, and superseded the board of the private sector lender with immediate effect.

Yes Bank will not be able to grant or renew any loan or advance, make any investment, incur any liability or agree to disburse any payment.

As per the RBI's draft reconstruction scheme, State Bank of India will pick up 49 per cent stake in the crisis-ridden Yes Bank under a government-approved bailout plan.