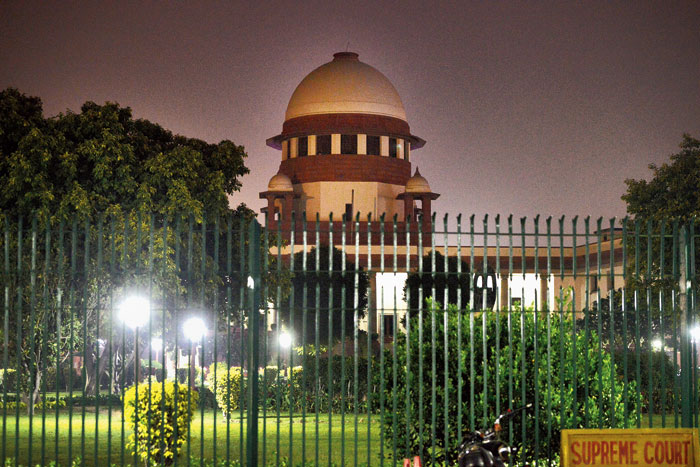 A map on the purported birthplace of Lord Ram was torn up in the Supreme Court and a rumour raged outside that the Sunni Wakf Board had withdrawn its claim to land as the curtain fell on the 40-day marathon hearing in the Ayodhya case.

Lawyers not connected with the case said that even if the Sunni Wakf Board withdrew its suit, it might not make much difference because nearly a dozen other claimants were still parties to the land case.

The apex court is dealing with a batch of suits filed by Hindu and Muslim groups challenging a 2010 Allahabad High Court verdict that had trisected the disputed plot equally and distributed the shares among two Hindu groups and a Muslim group. 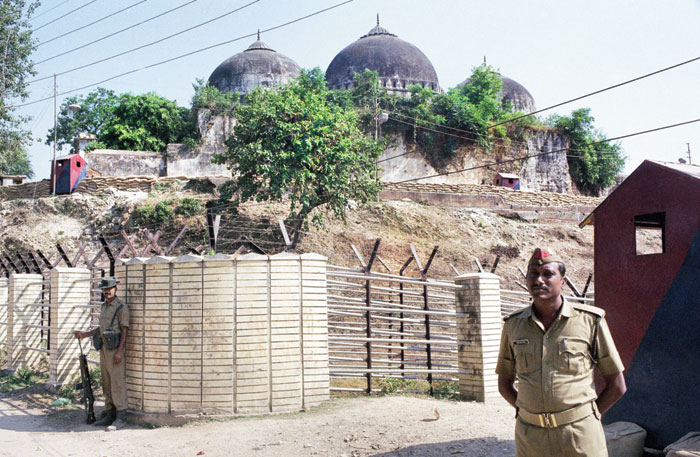 The counsel for the Sunni Wakf Board said he was not aware of any such withdrawal. But the reported inability of some board officials to get in touch with its chairman, who is considered close to the ruling dispensation, has injected an element of intrigue.

PTI reported that a mediation panel is believed to have filed a report in the apex court on Wednesday in a sealed cover, which sources said was “sort of a settlement”. Among those cited as favouring a settlement by letting the government acquire the land is the Sunni Wakf Board. But the news agency quoted a senior advocate appearing in the case as saying that once the hearing has concluded, the purported report has no value.

The apex court granted three days to the contesting parties to file written notes on “moulding of relief” or narrowing down the issues.

A five-judge bench of Chief Justice Ranjan Gogoi and Justices S.A. Bobde, D.Y. Chandrachud, Ashok Bhushan and Abdul Nazeer is expected to pronounce its judgment on or before November 15. The Chief Justice will demit office on November 17, which is a Sunday.

Justice Gogoi is understood to have cancelled some of his scheduled foreign tours to devote time to writing his part of the judgment.

The row erupted when Singh tried to rely on the contents, including the map, of a book authored by a former IPS officer.

Dhavan said Singh could not rely on such material. He said he wanted to throw it away, to which the CJI suggested, probably in a lighter vein, that he tear it.

Dhavan immediately started tearing up the copies given to him by Singh.

Justice Gogoi remarked: “You can shred it further, Mr Dhavan.”

For some time, Singh continued to read out from the book. Dhavan objected again and interrupted him frequently.

The CJI then warned that if the decorum of the court is not maintained, the bench would rise for the day. After this, the frayed tempers cooled.

In the post-lunch session Dhavan sought to clarify that he chose to tear up the papers at the behest of the CJI for which the senior advocate was being trolled on social media.

“The incident is going viral. But the fact is that I wanted to throw the pages away and the CJI said I may tear them. And I tore them. So, I do say it was with the permission of the court,” Dhavan said.

The CJI nodded in the affirmative.