The truth is that farmers are indebted because they believed the AAP government, says Akali leader Daljit Singh Cheema 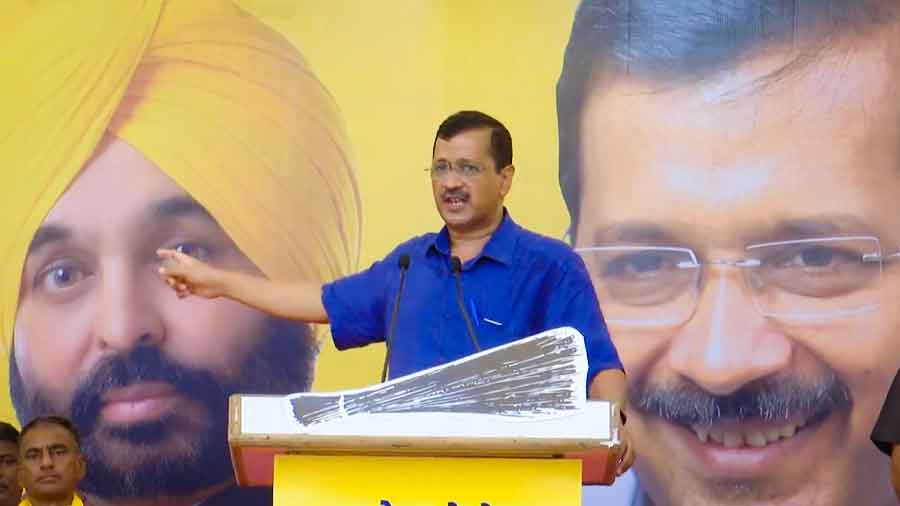 Alleging that the AAP government in Punjab promised minimum support price (MSP) for only moong and maize and that too failed to deliver on it, the Shiromani Akali Dal (SAD) has asked AAP convener Arvind Kejriwal not to "tell white lies to befool farmers" in Gujarat in the run-up to the assembly elections there.

In a statement issued here on Sunday, former minister and Akali leader Daljit Singh Cheema said it was shocking that Kejriwal was claiming in Gujarat that the AAP government in Punjab was giving minimum support price on five crops and that the same formula would be replicated in Gujarat.

"Chief Minister Bhagwant Mann had urged farmers to sow moong and promised to procure the entire crop on an MSP of Rs 7,250 per quintal but did not even procure ten per cent of this crop. The Punjab government has similarly failed to procure maize," he alleged.

Asking Kejriwal not to give false hopes to farmers of Gujarat, Cheema said the farmers should come to Punjab and see the ground reality for themselves.

"The truth is that farmers are indebted because they believed the AAP government and went in for large scale cultivation of maize and moong," he said.

The SAD leader said far from giving MSP on all crops, the Punjab government had still not given compensation to farmers whose crops had been damaged due to untimely rains.

Meanwhile, the Punjab Congress president questioned Chief Minister Bhagwant Mann's prolonged absence from the state and asked him not to waste and squander away precious resources of Punjab in Gujarat and Himachal Pradesh elections.

"You are the chief minister of Punjabis...and not for anyone else," Warring told Mann while referring to his frequent visits to Gujarat and Himachal Pradesh.

He also referred to Mann's absence from President Droupadi Murmu's function on Saturday in Chandigarh.

"While it is the discretion and prerogative of the chief minister to choose the programmes he wants to attend and participate in, ideally he should have been present there since the President had come to the state for the first time," he said in a statement.

Warring alleged that Punjab's resources were being squandered away in poll-bound Himachal Pradesh and Gujarat.