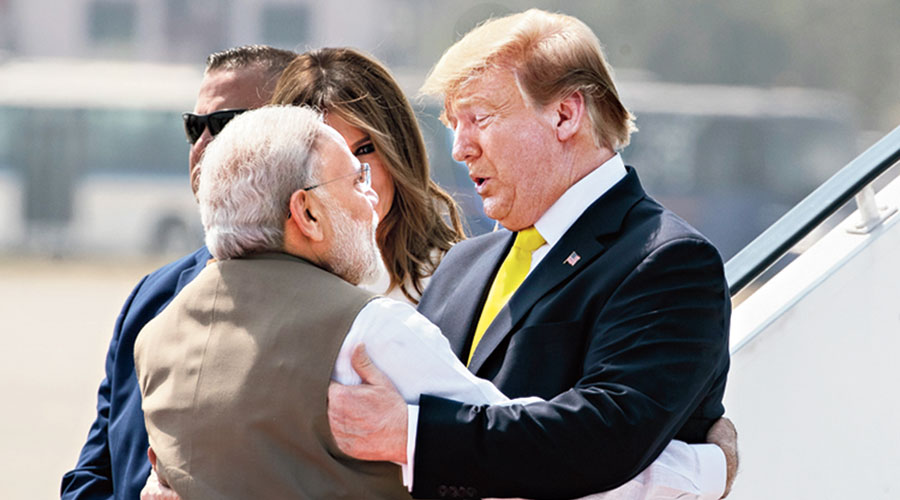 US President Donald Trump on Friday appeared hopeful that Indian-Americans would vote for him during his second run for the White House, referring to the two rallies hosted for him by Prime Minister Narendra Modi, first in Houston and then in Ahmedabad.

Asked if he thought Indian-Americans are voting for him, Trump said at a press conference in the White House: “I do’’. Immediately he went on to say: “We had an event in Houston... It was a fantastic event. I was invited by Prime Minister Modi... It was incredible. It was actually incredible. The Prime Minister could not have been more generous.

The question was in relation to the Trump campaign using clips from both rallies for an official campaign video released a fortnight ago.

Prior to this, after the HowdyModi event, members of the Trump campaign had billed the rally as an endorsement for the President. But India had ignored this and rolled out the red carpet for Trump — with a Make America Great Again style rally — in Ahmedabad with an over 1 lakh gathering that is bigger than the biggest gathering he will address in the US.

The external affairs ministry has maintained a studied silence on the Trump campaign using the two rallies as an endorsement for the President’s re-run.