Advertisement
Home / India / Delhi violence: Civil society does what the elected did not

Delhi violence: Civil society does what the elected did not 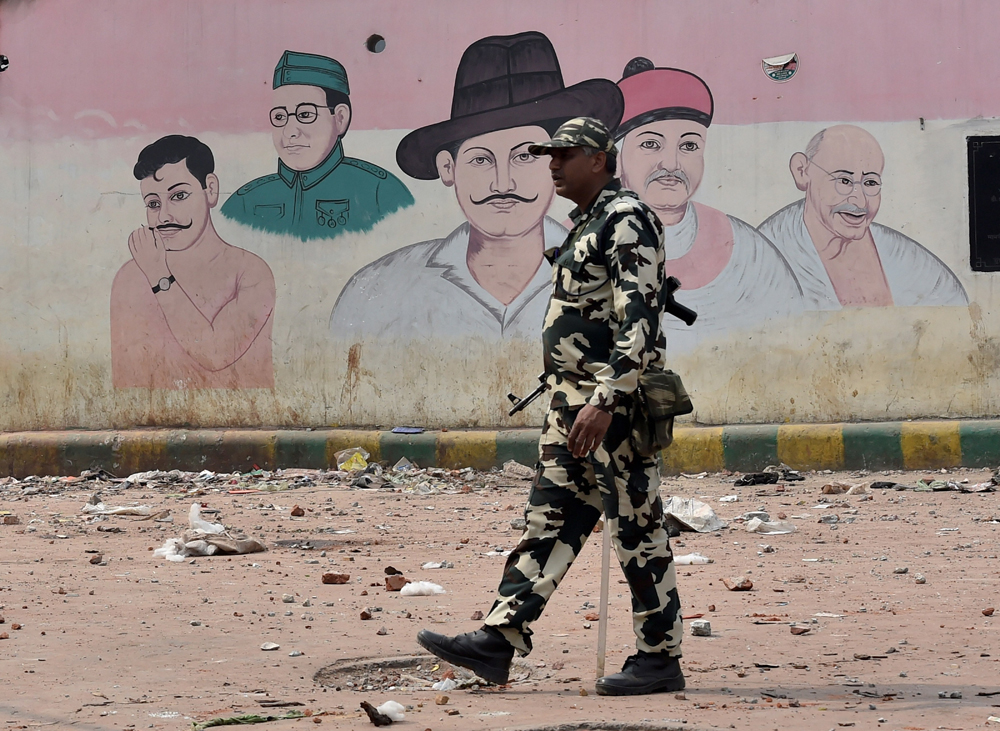 A civil society effort coordinated by former IAS officers is set to provide relief to people affected by the riots in northeast Delhi.

The group, led by bureaucrat-turned-activist Harsh Mander and working out of premises of NGOs he steers, has drafted in the services of two IAS officers who put in their papers last year after the removal of Jammu and Kashmir’s special status.

One of them, former Karnataka-cadre officer S. Sasikanth Senthil, told The Telegraph on the sidelines of a public meeting on Wednesday against the riots that the group would be using its members’ administrative experience to liaison with local communities, with the help of personal contacts in the bureaucracy, to send out medical aid and arrange for safe houses for those at risk.

“We are putting out our office numbers, contacts of hospitals, psychologists and legal support. Through telephone contacts we want to establish a nodal person in every locality to monitor hour by hour whether any crowds are gathering. Even small mobs are capable of rioting,” Senthil said.

Former AGMUT-cadre officer Kannan Gopinathan is also expected to arrive in Delhi to join the effort on Wednesday night.

Helplines that will start functioning shortly will direct information to teams for verification, and then to teams that will coordinate rescue operations, arrange for ambulances, places to stay such as gurdwaras and Arya Samaj temples, and arrange legal support.

Teams will also monitor social media for posts that can lead to violence and report them to the government and the media.

A logistics team is arranging for vehicles to help move around relief supplies and evacuate people who have lost their homes or are in imminent danger from rioters.

Ambulances and fire brigades have been attacked by mobs over the past three days. Asked how they planned to reach out in such a situation, Senthil said they would be only using the security provided by the police. “As former civil servants we are using our personal contacts, friends in the service and others who can get local officials and the police to respond.”

N. Sai Balaji, the president of CPIML-Liberation’s All India Students Association, said a student-led effort was taking shape in which peace committees would be formed across the capital.

“Some of the ideas that have come up are common dining between communities, and people telling those in a minority in their localities not to leave out of fear. We want to ensure that violence doesn’t spread to other areas,” he told this paper.

On Tuesday, several women activists met Delhi chief minister Arvind Kejriwal and his deputy Manish Sisodia. Senior advocate Vrinda Grover, who was part of the group, told this correspondent that they had suggested steps the Delhi government could initiate even though it did not have police powers in the Union Territory.

“They can repeatedly ask questions of the commissioner (of police), the DCP and ACPs. In videos showing police complicity, they can demand the names of the officers being seen and seek action against them. The police are under obligation to reply to every question. Why are they not asking questions? Why are they not providing medical relief?” Grover said.

Those involved in the effort have also demanded SOS and peace centres in every polling station area where activists are willing to assist officials or even AAP members in providing legal and medical help. “There is no dearth of power here. There seems to be a very serious lack of political will. It is vote-bank politics by the BJP and all else,” Grover said.

CPIML-Liberation politburo member Kavita Krishnan said Sisodia had agreed to consider the use of the state apparatus — mohalla clinics and schools — as nodal centres for peace efforts with MLAs heading them. The women have also proposed a public messaging campaign by Kejriwal to citizens to protect their neighbours.

The JNU students’ union has opened its office to shelter riot victims.

Former MP Udit Raj, now with the Congress, was asked to leave the stage during a protest at Jantar Mantar on Wednesday against the riots. While Raj was speaking, a woman interjected and asked him about his term as a BJP MP in the previous Lok Sabha. Raj retorted with a communally charged remark, and announcer Krishnan immediately took away the mic from him and asked him to leave.

Yechury said: “We have no permission to enter riot-hit areas. Only those perpetrating the violence have freedom of entry.... We want to visit these areas; if they arrest us then so be it. We are talking to parties and the civil society.”