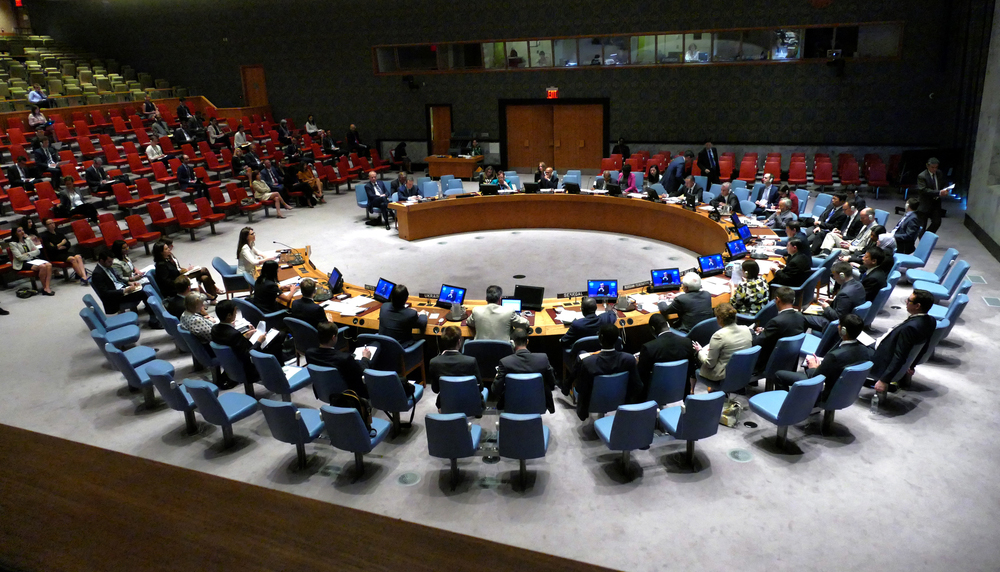 Neither India nor Pakistan had a seat at the table when the issue was discussed, so it was left to the countries represented to pick up cudgels for either side
(Shutterstock)
Our Special Correspondent   |   New Delhi   |   Published 16.01.20, 09:11 PM

After another Chinese bid to internationalise Kashmir was blocked by other members of the UN Security Council, India on Thursday asked Beijing to “reflect on this global consensus”, learn from it and refrain from trying to push for another discussion on the issue in the world forum.

India’s learn-your-lesson message to Beijing came hours after the briefing on Kashmir in the closed-door meeting of the UNSC ended on Wednesday without any outcome. China raised Kashmir at the behest of Pakistan in the scheduled closed-door meeting in the section reserved for “other matters”.

Neither India nor Pakistan had a seat at the table when the issue was discussed, so it was left to the countries represented to pick up cudgels for either side. Sources maintained that the remaining four P-5 countries were firm in maintaining that the UNSC was not the forum for raising the Kashmir issue which should be addressed bilaterally.

Even the UK, which in a similar Beijing-driven closed-door meeting in August, after the Narendra Modi government changed the contours of Jammu and Kashmir, had backed China’s bid to get a statement out, is said to have adopted a hands-off policy on Kashmir this time round.

Russia, too, recalibrated its position, dropping the reference to UN resolutions to articulate the hope that differences between India and Pakistan will be settled through bilateral efforts based on the 1972 Simla Agreement and the 1999 Lahore Declaration.

Asked about the meeting at the weekly briefing, foreign ministry spokesperson Raveesh Kumar said: “An effort was made by Pakistan through a member of the UNSC to once again misuse the platform of the UNSC. The overwhelming majority of the UNSC were of the view that UNSC was not the right forum for such issues and this should be discussed bilaterally between India and Pakistan. The informal closed door meeting therefore concluded without any outcome.

“In our view, it once again highlighted that Pakistan’s desperate measures to peddle baseless allegations and present an alarmist scenario lacked any credibility. We sincerely hope that the message has gone out loud and clear to Pakistan that if at all there is any matter between India and Pakistan that needs to be discussed it should be discussed bilaterally. Pakistan has a choice of avoiding this global embarrassment time and again by refraining from such acts in the future.”

As to why China, despite frequent high-level engagements including summit-level exchanges, has continued to help Pakistan in its efforts to keep international attention on Kashmir, Kumar said: “I suggest that this question be posed to the Chinese side as well. China should seriously reflect on this global consensus, draw the proper lessons, and refrain from taking such action in future.”

Earlier, China’s representative at the meeting told reporters in New York that “we had a meeting on Jammu Kashmir.... Security Council heard a briefing (on J&K) from the secretariat concerning the kind of situation on the ground and members exchanged views on that issue”.

Such closed-door meetings are informal, and no records of the discussions are maintained. The last time the UNSC formally discussed the bilateral dispute was in 1971.