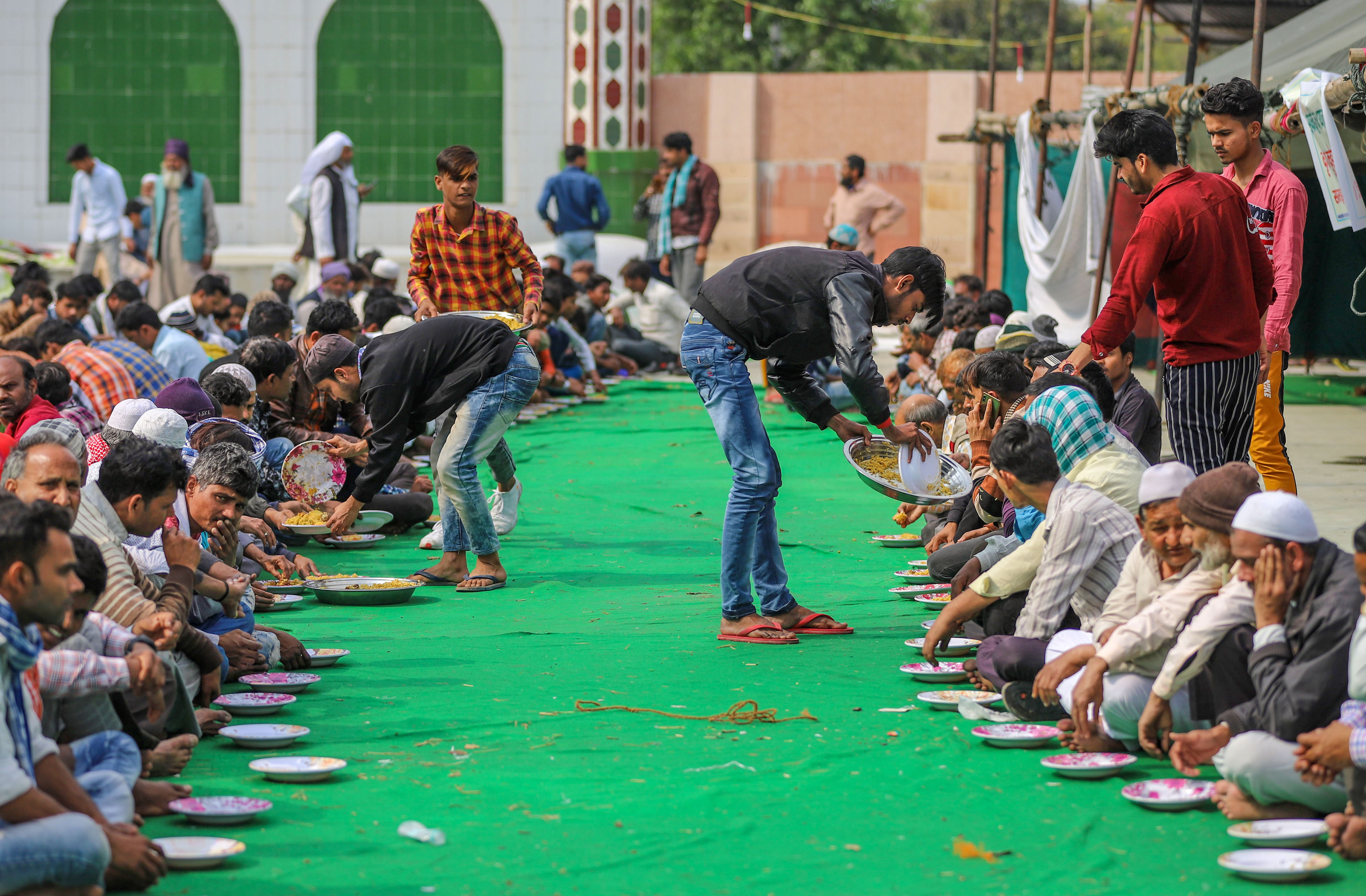 Rain in Delhi since Thursday night has made life harder for the 800-odd inmates at the largest camp for people who have lost their homes to last week’s riots.

The camp at the Mustafabad Idgah was flooded. Northeast Delhi has received 29.6mm rain this week, almost all of it since Thursday night.

But the families are not keen on leaving the camp, nestled among several lanes of Muslim homes and offering a sense of security to them.

Nishat Mansoori, who has sheltered 15 people at his home in Babu Nagar, less than 1km away, arrived at the camp to help out on Friday morning.

“Everything was soaked. Most of the inmates stayed up all night and moved to one side where water was not collecting. Almost all their mattresses were soaked,” he told The Telegraph.

“Volunteers soon put in place wooden platforms and sandbags, and most of the water was emptied out this morning.”

“The night shelters (there are 11 of them in the Northeast district) have been turned (upgraded) into (makeshift) camps. They are quite good but are not being used,” Abhinandita Mathur, adviser to deputy chief minister Sisodia, told this newspaper.

“Activists are convinced that (some) people need to be shifted to other locations to avoid an epidemic but the community is saying, ‘No’.”

Mathur added: “New mattresses, quilts and clothes have been given. We are trying to expedite the process of people getting compensation and returning to their homes. From tomorrow, IAS officers will be accompanying displaced people to their homes to assess the compensation for the damage. We hope that after Holi, in 10 to 15 days, people will return home.”

The government plugged leaks in the tarpaulin roof at the camp on Friday, and after summons from the Delhi Commission for the Protection of Child Rights, the BJP-ruled East Delhi Municipal Corporation cleared garbage in the area in the morning.

New toilet units have been brought to replace the existing mobile toilets (10 for men and three for women), but the difficulty of getting them through the narrow lanes delayed their installation.

The existing toilets had got choked almost immediately after the camp begun functioning on Sunday, and local people allowed women to use the toilets at their homes. The camp toilets have since been cleaned up.

Mohammad Arshad, a barber whose Shiv Vihar home was burnt down, became a father on Wednesday.

“The doctors have advised my wife to remain at the nursing home as the conditions in the camp after the rain are bad for a newborn. We are too scared to move back home now,” he said.

Dr Nasreen Akhtar, who helped deliver the boy, said: “There are doctors in the camp, and now there are functional toilets outside it. But there is the risk of infection for infants. The mother (Sabiha Bano) will be going to her parents’ place in Pilkhuwa in Uttar Pradesh.”

Aish Mohammed, a retired CRPF head constable, also put up at the camp after fleeing his Bhagirathi Vihar home, which was torched on February 25.

He has received a grant of Rs 11 lakh from his former employers to repair his home. He spent Thursday night amid the charred remains of his home, deciding not to return to the camp in the rain.

“My family is staying with out-of-town relatives. My belongings got soaked in the rain in the camp. I’m trying to get my home repaired fast so that there’s at least one room fit for living in,” he said.

“I shall stay at the camp while the work is being done simply because the people in the neighbourhood are helpful and it’s safe, even if there are difficulties like the bathrooms.”