Delhi riots: Man gets 5 years in jail for putting house on fire 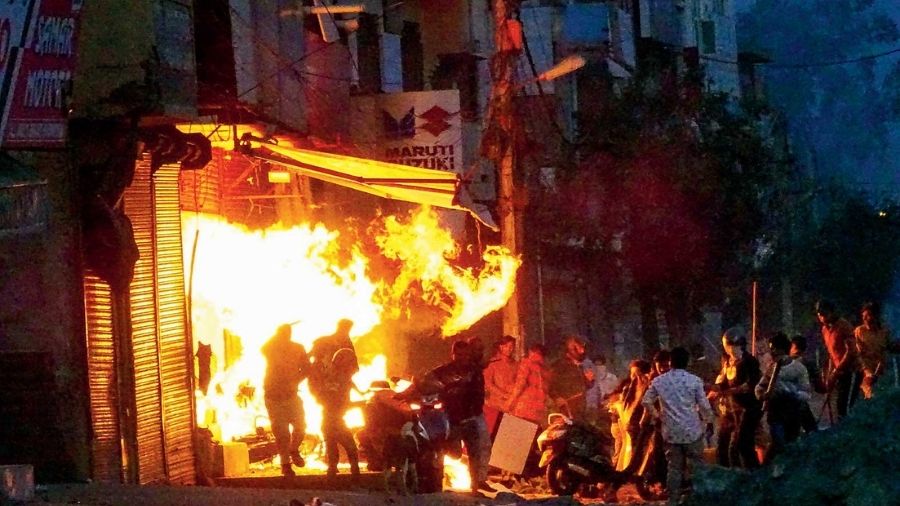 A Delhi court on Thursday sentenced Dinesh Yadav, the first person convicted in connection with February 2020 riots, to five years in jail.

Last month, Additional Sessions Judge Virender Bhat had convicted him for being part of a riotous mob that set a house on fire.

This is the first sentencing of the riots cases.

Yadav has also been directed to pay a fine of Rs 12,000, said advocate Shikha Garg, who had represented him during the trial. A detailed order on sentencing is awaited.

As per the prosecution, Yadav was an active member of the riotous mob and participated in vandalizing and putting on fire the house of a 73-year-old woman named Manori on February 25 night.

Manori had alleged that a mob of around 150-200 rioters attacked her house when her family was not present and looted all the articles and even the buffalo.

The 25-year-old Yadav was arrested on June 8, 2020. The court framed charges against him on August 3, 2021, to which he pleaded not guilty and claimed trial. He was convicted on December 6.

Communal clashes had broken out in northeast Delhi in February 2020, after the violence between the Citizenship (Amendment) Act supporters and its protesters spiraled out of control leaving at least 53 people dead and over 700 injured.