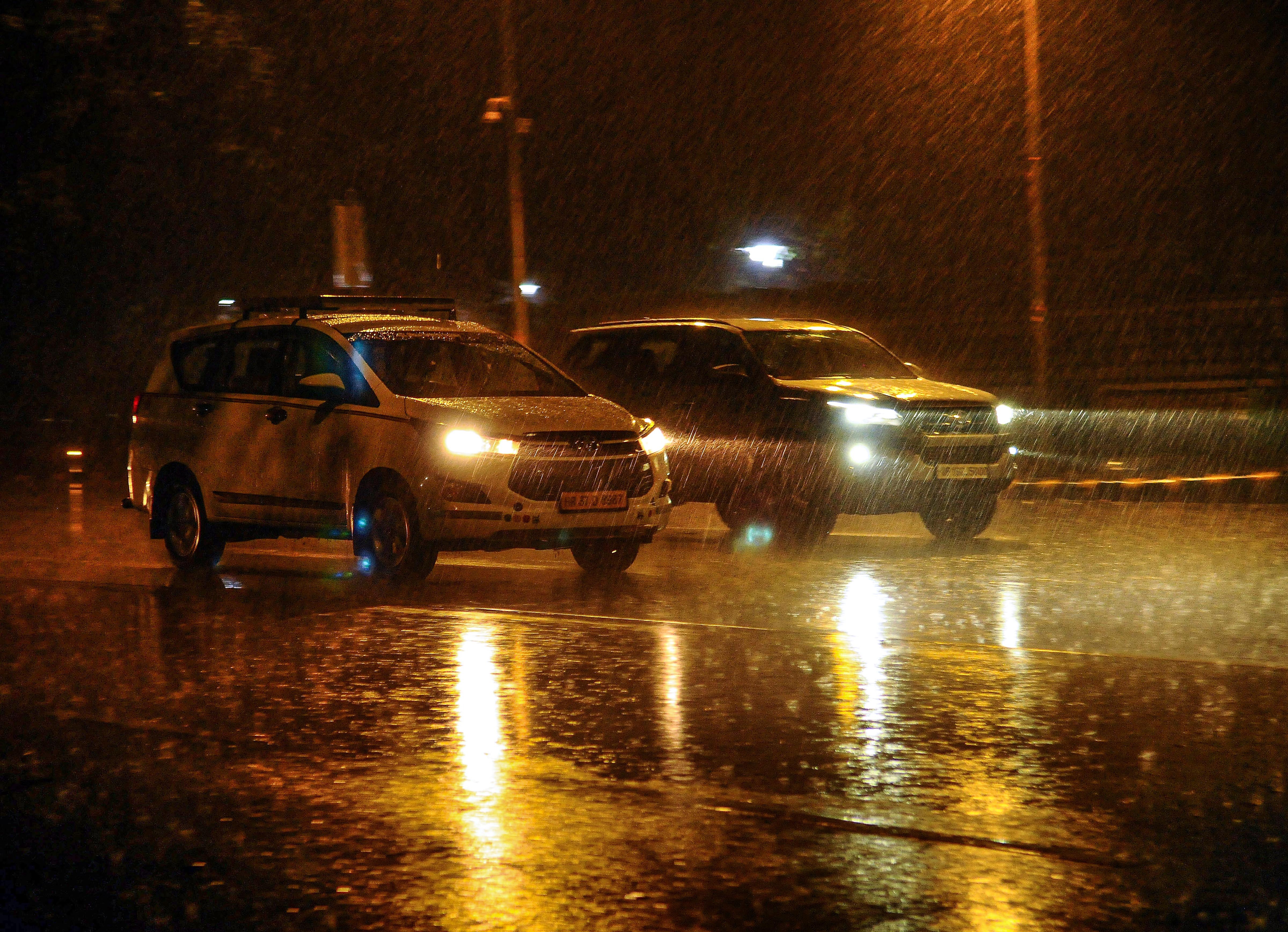 The national capital on Friday recorded its highest 24-hour December rainfall in the last 22 years, which led to a dip in temperatures and pollution levels, meteorological department officials said.

The Safdarjung Observatory, figures of which are considered official for the city, recorded 33.5 mm rainfall, the second highest after 70 mm in December 1997, till 5:30pm.

Meanwhile, the Palam weather station registered an all-time December high of 40.2 mm in the last 24 hours. It had gauged 33.7 mm rainfall on December 3, 1967, the officials said.

The heavy rainfall and high-velocity winds led to a significant improvement in the city's air quality.

The overall air quality index in the city was 240 at 4pm on Friday. It was recorded in the 'severe' category (430) on Thursday.

The weatherman said Punjab, Haryana and parts of Uttar Pradesh and Rajasthan also received rains on Thursday and Friday.

The precipitation and cold, dry winds from the hilly region will cause the mercury to drop. The minimum temperature is expected to dip to 8 degrees Celsius on Sunday.

Moderate to dense fog is expected on Saturday and Sunday, the officials said.