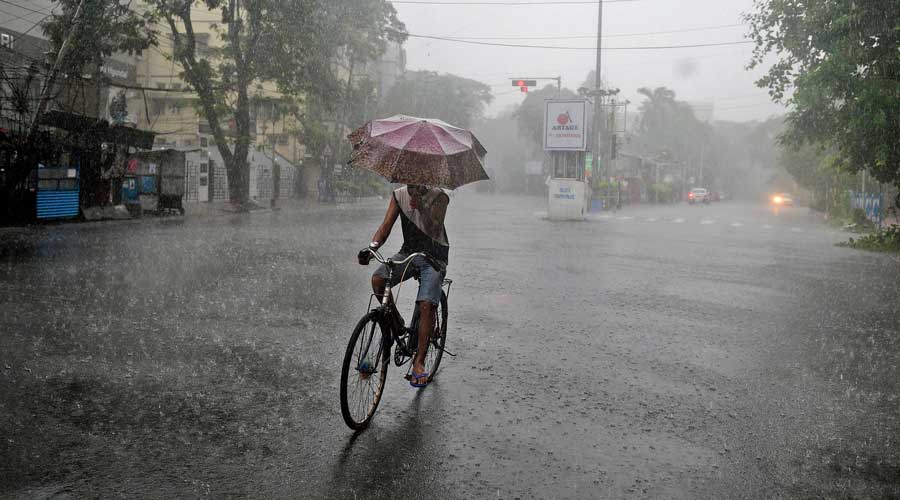 Rains lashed parts of the national capital and adjoining states on Saturday morning, bringing the mercury down.

The city recorded a minimum temperature of 27.3 degrees Celsius, normal for this time of the year, the Indian Meteorological Department (IMD) said.

It said thunderstorms with moderate to heavy intensity rainfall would occur over most places in Delhi, and Greater Noida, Noida, Ghaziabad, Khekra, Daurala, Barut, Meerut, Modinagar, Hapur, Khurza, Kasganj, Jattari, Narora, Raya, Nandgaon and Barsana of Uttar Pradesh during the next two hours.

Meanwhile, Delhi's relative humidity was recorded at 81 per cent, and the maximum temperature in the city is expected to settle around 35 degrees Celsius, it said.

The air quality in the national capital was recorded in the "moderate" category. The air quality index (AQI) was 106 at 9.05 am, real-time data by the Central Pollution Control Board showed.