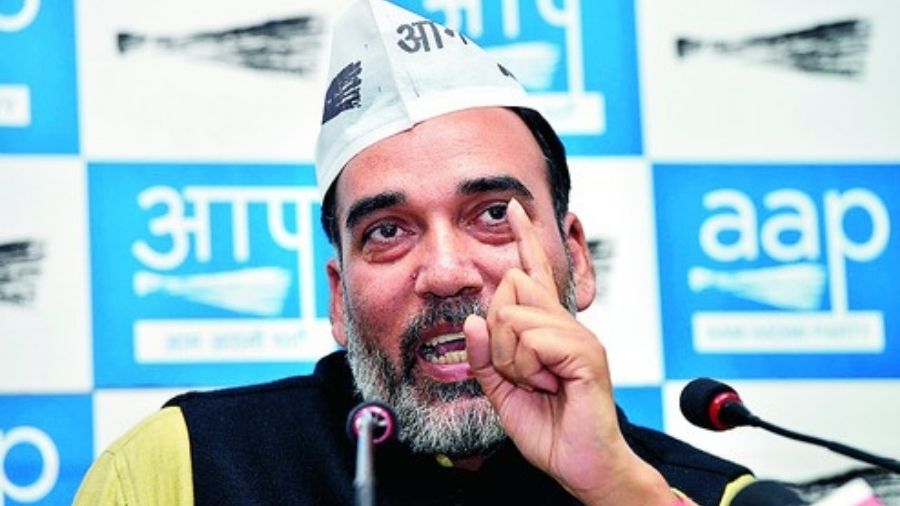 Delhi Environment Minister Gopal Rai will chair a high-level meeting of departments concerned with regard to the latest directions issued by the Commission of Air Quality Management to contain air pollution, officials said on Wednesday.

Ahead of a Supreme Court hearing on the air pollution issue, the CAQM late Tuesday night directed that schools, colleges and educational institutions in the National Capital Region will remain closed until further orders, allowing only online mode of education.

"The minister has called a high-level meeting at 12 noon to discuss the latest CAQM directions with senior officials of the environment department, public works department, municipal corporations, NDMC and education department," an official said.

NCR state governments have been directed to allow work from home (WFH) for at least 50 percent of their staff in offices in NCR till Sunday and encourage private establishments to follow suit.

Trucks carrying non-essential items have been banned from entering Delhi till Sunday.

The Delhi government on Saturday had announced closure of physical classes in schools, colleges and other educational institutions for a week from Monday. All government offices, agencies and autonomous bodies, except those involved in essential services, were asked to work from home.

No construction and demolition activity was allowed in the capital till November 17, it had announced in a desperate effort to contain the spiralling air pollution levels.