Advertisement
Home / India / HC to DU: Exams nerve-wracking, why are you delaying?

HC to DU: Exams nerve-wracking, why are you delaying? 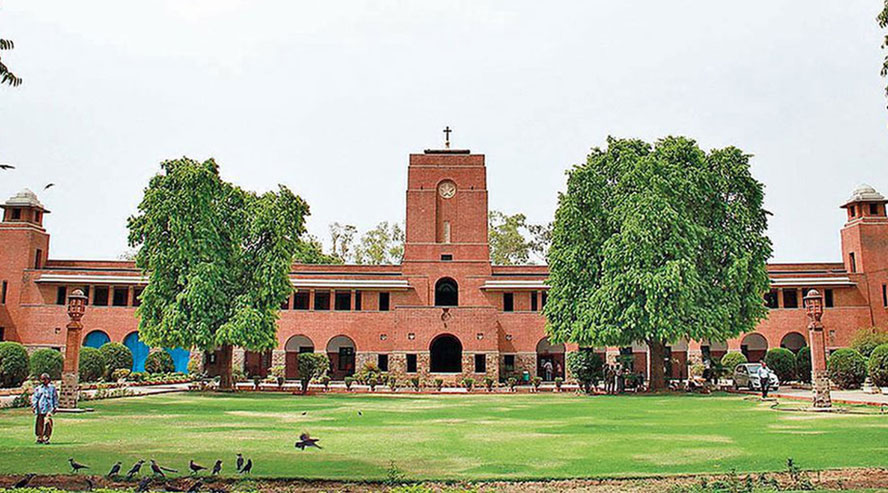 Delhi High Court on Thursday said examinations are nerve-wracking and the career of thousands of students is at stake, pulling up Delhi University for repeatedly postponing final-year exams of undergraduate courses in the last few weeks.

The court questioned the university’s move to postpone the exams from July 10 to a date beyond August 15, even when it kept maintaining that it was ready to conduct the open book examinations on July 1 as well as July 10.

A bench of Justices Hima Kohli and Subramonium Prasad directed Delhi University to file an affidavit detailing the schedule of the final-year undergraduate exams, which have been postponed because of the Covid-19 pandemic. The high court also asked the university to explain in the affidavit how it proposes to conduct the exams — online, offline or both modes, besides the complete date sheet, providing clarity to students.

It allowed the prayer of senior advocate Sachin Dutta, representing the university, to grant some time as they have to work out a new plan in terms of the July 8 circular issued by University Grants Commission (UGC) for declaring the manner in which the exams are to be conducted.

“We all have gone through the examination process which is nerve-wracking for the students, especially during the times of Covid-19 pandemic,” said the bench, which was conducting the hearing through video conferencing. “Why are you pushing the exams to a date beyond August 15, knowing that careers of thousands of students are at stake,” the court said. The final-year students have to be given pass certificates and degrees to enable them to pursue higher education, it added.

It asked the university to mull over the schedule given by the UGC and come back with a firm date sheet and examination schedule.

The court directed the university to file the affidavit by July 13 and listed the matter for hearing on July 14.

The court was also critical of the way mock exams were conducted by the university and referred to technical glitches during the tests. The bench did not appreciate the conduct of the university which has been “turning turtle” and changing stands frequently.

“We took you (DU) on face value and asked you to file an affidavit for clarity. Now we discover you have again changed the date to beyond August 15 and there is no exact date. What do you expect us to do? You want us to constantly monitor you on conducting exams,” the bench said.

“Sorry to say the way the university is conducting itself for the last few weeks, we are not impressed with anything. We have to take it with a pinch of salt,” it added.

In the affidavit filed on Thursday morning, it was stated that the meeting of a high-powered committee of the university took place on July 7 at 9.30pm to access the exam related matters and taking stock of the developments pursuant to revised guidelines issued by the UGC on July 6. Thereafter, the university decided to postpone the exam to some date after August 15. Dutta said the university is still working on the date sheet for the examination to be conducted after August 15.

During the hearing, solicitor-general Tushar Mehta, who was representing the UGC, informed the court that on July 6 and 8, it has issued a circular/guidelines to all the universities informing them that the examination process for final-year students must be completed by the end of September and the mode of conducting exams could be online, offline or a blend of both the methods.

Asked by the court whether the UGC has insisted that exams be conducted for promoting students, Mehta said exams are compulsory for final-year students and the process has to be completed by September 30.

The high court was hearing various petitions by several final-year DU students seeking quashing and withdrawal of the notifications of May 14, May 30 and June 27 for online exams for undergraduate and postgraduate students, including of the School of Open Learning and Non-Collegiate Women Education Board. One of the petitions also sought direction to the university to evaluate the final-year students based on the previous years’ or semester results in the same manner as it has planned to promote the first and second-year students.

On Wednesday, the university had incurred the wrath of a single judge for “playing with the lives of children” by postponing the exams. The court had transferred the pleas to the division bench headed by Justice Kohli as it has already issued a contempt notice to the university.

Senior advocate Kapil Sibal, appearing for one of the petitioners, submitted that the university be directed to follow all the procedures laid down in law and the court should be informed about the mode of conducting the exams.