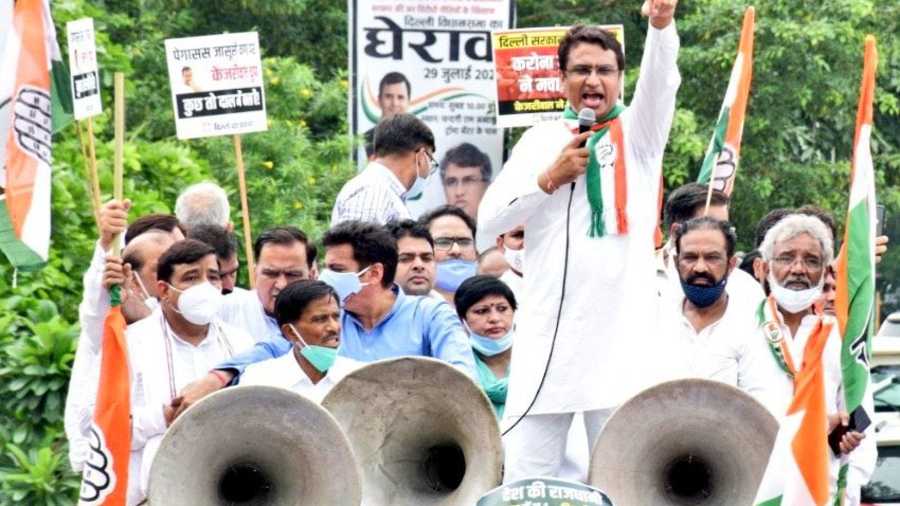 Workers and leaders of the Delhi Congress held a protest on Thursday against the city government over various issues, including poor management of the Covid-19 pandemic, price rise and water crisis.

The protest was held under the leadership of Delhi Pradesh Congress Committee president Anil Kumar.

According to the police, around 100 to 150 people started their protest march from Vikas Bhawan in north Delhi's Civil Lines are.

The protesters marched to Sant Parmanand Hospital and then tried to move towards Lieutenant Governor Anil Baijal's residence where they were stopped, the police said.

The Delhi Traffic Police said the road has been blocked for vehicular movement.

"Traffic movement is closed from Chandgiram Akhara towards IP College (Both Carriageway) due to demonstration," it tweeted.

Traffic movement is closed from Chandgiram Akhara towards IP College (Both Carriageway) due to demonstration.