Javadekar distanced himself from the call by a BJP leader to boycott the actress’s upcoming film, ‘Chhapaak’ 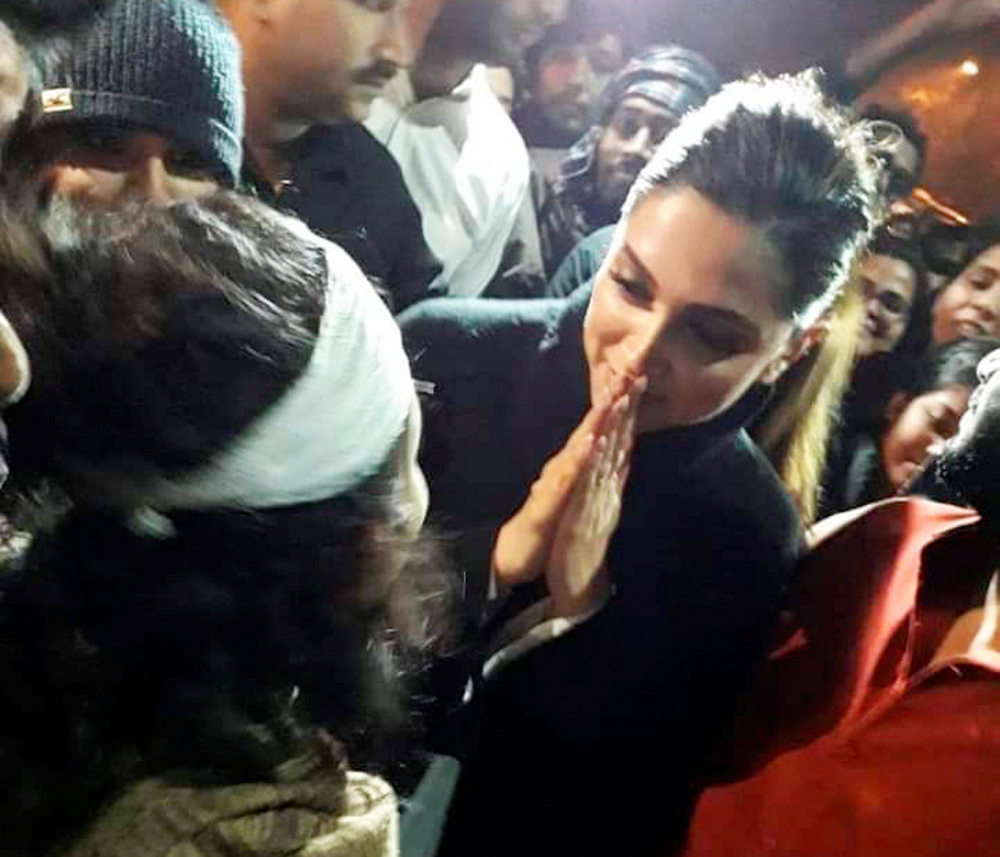 The minister distanced himself from the call by a BJP leader to boycott the actress’s upcoming film, Chhapaak.

“Ours is a country of democracy. Anyone, any artiste can go anywhere and put forth his or her view,” Javadekar said a day after Deepika’s show of solidarity with JNU students protesting the assault by masked goons on Sunday.

“I haven’t read this (about the boycott call),” the minister said in response to a question.

The calculated restraint coincided with a sense of concern in sections of the BJP over losing the narrative on the JNU episode and fears that it could push the party into a corner in the wider political battle over the citizenship issue.

So far, the BJP has rarely missed a chance to lash out at anyone expressing solidarity with the Left-leaning students of JNU, often tagging such dissenters as “urban Naxals” and including them in the so-called “tukde-tukde gang”.

On Tuesday night itself, a saffron troll army had mounted the “Boycott Chhapaak” campaign. BJP Delhi spokesperson Tejinder Bagga tweeted a call for the boycott. Some other BJP leaders, including seniors such as Shahnawaz Hussain, did not tweet but criticised Deepika for her “one-sided thinking”.

The tune changed on Wednesday when Javadekar spoke. However, Javadekar did not betray any rethink on the aggressive defence of Delhi police who have drawn widespread criticism for inaction against the goons and for registering an FIR against Aishe Ghosh, the injured president of the JNU students’ union.

But he condemned Sunday evening’s attack, saying there was no place for violence on the campus. He said the police investigation was on and “all masked (culprits) would be unmasked”.

In a move that suggested the BJP is not comfortable with the public mood and was seeking to steer the narrative, the party released a video of artistes supporting the Citizenship (Amendment) Act.

The video shows singer Shaan, actors Tanishaa Mukerji and Ranvir Shorey and others endorsing the ruling party’s line that the CAA doesn’t affect any Indian citizen and is aimed only at giving citizenship to persecuted minorities from neighbouring countries.

“The mood against the JNU attack will affect our drive to dominate the narrative on the CAA,” a senior BJP leader said.

But the leadership has apparently conveyed to the party that it should not be seen on the defensive. Many said there was no question of shedding the aggression.

“This is the government of Narendra Modi and Amit Shah. There is no question of being defensive,” a party leader said.

Amid growing calls to sack JNU vice-chancellor M. Jagadesh Kumar after Sunday’s assault, B.L. Santosh, BJP general secretary (organisation), indicated there was no question of such a step.

“He is the VC of JNU.… The third most hated person by Left liberals of this country.… Here he is bound by his duty amidst the vandalism to prevent him from discharging his duties... You deserve a bow, Sir…,” tweeted Santosh, who has been loaned to the party by the RSS and is the most powerful leader in the BJP organisation after Shah and working president J.P. Nadda.