Both Houses were adjourned sine die on March 23, nearly two weeks before schedule 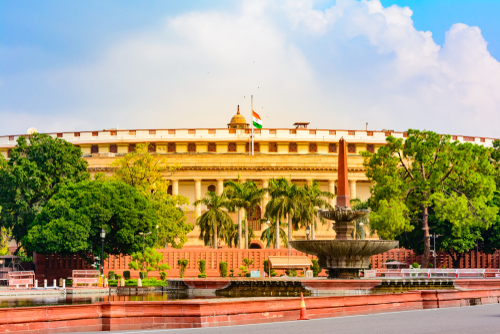 Union parliamentary affairs minister Pralhad Joshi said a decision will be taken "very shortly" on when to start the monsoon session of Parliament.

Both Houses of Parliament were adjourned sine die on March 23, nearly two weeks before schedule, as the budget session was curtailed due to the coronavirus pandemic.

"There will be monsoon session. But when....it will decided very shortly," Joshi told PTI.

He said with regard to the monsoon session, the time in hand is till September, and many a times the session has been called by August-end.

However, the minister accepted that Covid-19  cases were witnessing a surge.

"As far as Covidd is concerned, it is on the surge now. Let's wait how it unfolds further," he said.

The productivity of Lok Sabha was about 90 per cent and that of Rajya Sabha was 74 per cent in the budget session, the minister had earlier said in an official statement.

The budget session commenced on January 31 and was scheduled to conclude on April 3. Both the Houses adjourned for recess on February 11, and reassembled on March 2.

The first part of the Budget Session yielded a total of nine sittings of Lok Sabha and Rajya Sabha, and in the second part, there were 14 sittings of both the Houses.

The minister had said the session was curtailed with consensus among all parties in view of the Covid-19 outbreak.

During the session, a total of 19 bills (18 in Lok Sabha and one in Rajya Sabha) were introduced, the parliamentary affairs ministry had said in the statement.

As many as 15 bills were passed by Lok Sabha and 13 by Rajya Sabha. Total number of bills passed by both Houses of Parliament were 12, it had added.

The all important Finance Bill was passed by both houses before they were adjourned.