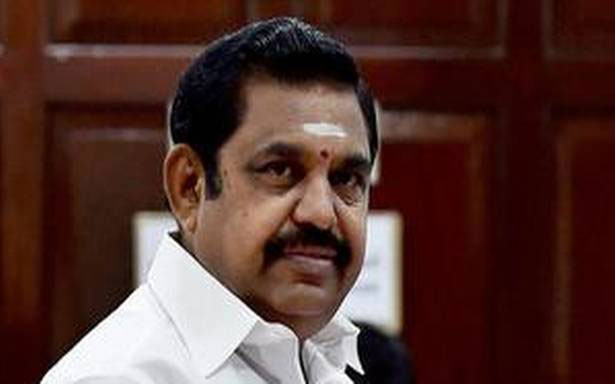 The death toll in Cyclone Gaja has touched 33. It has left a trail of destruction across six districts of Tamil Nadu with 30,000 electricity poles and over a lakh trees getting uprooted, chief minister K. Palaniswami said on Saturday.

He maintained that the impact of cyclone was less as 82,000 people were evacuated to 471 relief centres well in advance. However, 20 men, 11 women and 2 boys died in cyclone related incidents, he said.

As of now, 177,500 people have been housed in over 351 camps, the chief minister said, adding food, and medical amenities were being provided to them by the government.

Palaniswami, speaking to reporters near Salem, said that cattle, including goats, and wild animals including deer, have perished. “It has now been estimated that uprooted trees alone were 1,27,000. There is a possibility of the numbers going up,” he said.

While 30,000 electricity poles have either got mangled or fallen down, 105 sub-stations (electricity distribution stations) have been affected, he said, adding 10,000 personnel have been rushed to the affected areas to repair them.

Ten out of 26 Combined Drinking Water Schemes in coastal districts have been set right and people were being provided drinking water. Over a lakh people had benefited by medical camps — to prevent epidemics — in affected regions, Palaniswami said, adding he would inspect the storm hit areas on Sunday.

On complaints from people in cyclone hit districts that they did not get food, he said there was no such thing anywhere. Food was stocked in advance to make it available for people.

“District collectors and ministers from the respective districts are camping in affected areas and carrying out relief operations on a war footing.”

Cyclone Gaja, which hit Kerala on Friday evening, wreaked havoc in parts of Ernakulam district, officials said here. At least 201 houses, two fully and 199 partially, were damaged in the cyclone and the estimated loss in this sector alone was Rs 38 lakh, they said.

Many trees were uprooted in the cyclone, which also severely damaged power infrastructure, they said.