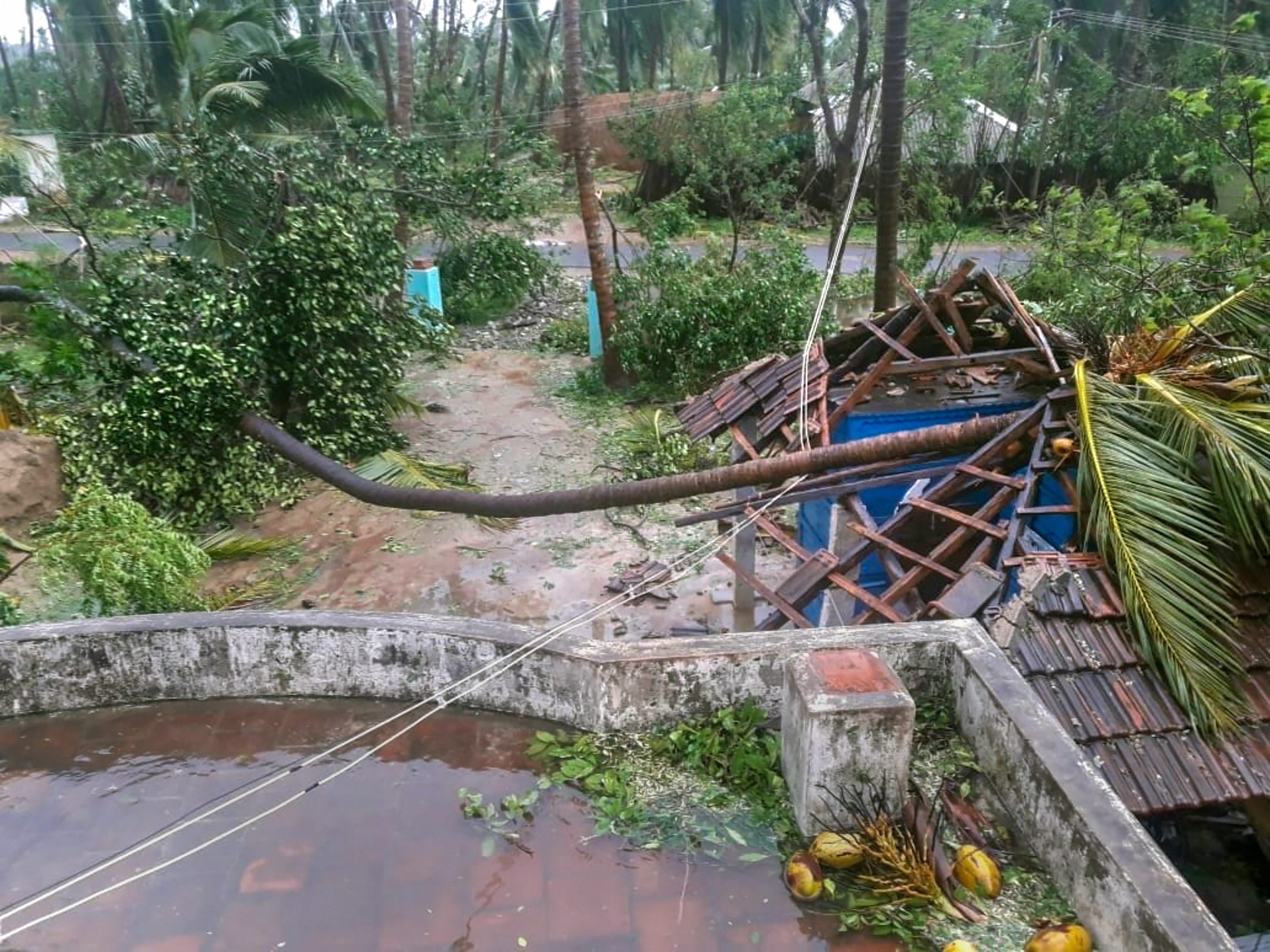 A damaged house after cyclone Gaja hit Pudukkottai district in Tamil Nadu on November 16. Over 80,000 people were evacuated from low-lying areas as the severe cyclonic storm crossed the state's coast between Nagapattinam and nearby Vedaranyam.
PTI
PTI   |   Salem(TamilNadu)   |   Published 16.11.18, 08:10 AM

Gaja crossed the coast between Nagapattinam and nearby Vedaranyam, bringing heavy rain and causing severe damage to communication and power infrastructure, mainly in Nagapattinam.

'The government has received information that so far that 11 persons have died,' the chief minister said.

The damage caused by Gaja, including the fishing sector, was being assessed, Palaniswami said.

Gusty winds due to the cyclonic storm resulted in hundreds of trees and electricity poles being uprooted in Nagapattinam and Karaikal districts.

Other districts like Cuddalore and Puthukottai also bore the brunt of the cyclone.

The Indian Coast Guard (ICG) has initiated a series of preemptive and proactive measures to prevent loss of lives of fishermen as cyclone 'Gaja' intensified into a severe cyclonic storm Thursday, the Defence Ministry said.

Around eight ICG ships and two Dornier aircraft were pressed into action since November 9 for issuance of advisories and warnings in local languages to fishermen at sea for their safe return to ports, it said.

The Coast Guard remote operating stations have also requested fisheries authorities in Tamil Nadu and Andhra Pradesh to account for all fishing boats.

The actions taken by the Coast Guard are a part of the lessons learnt from cyclone Ockhi and success in preventing loss of lives during recent cyclones Luban and Titli.