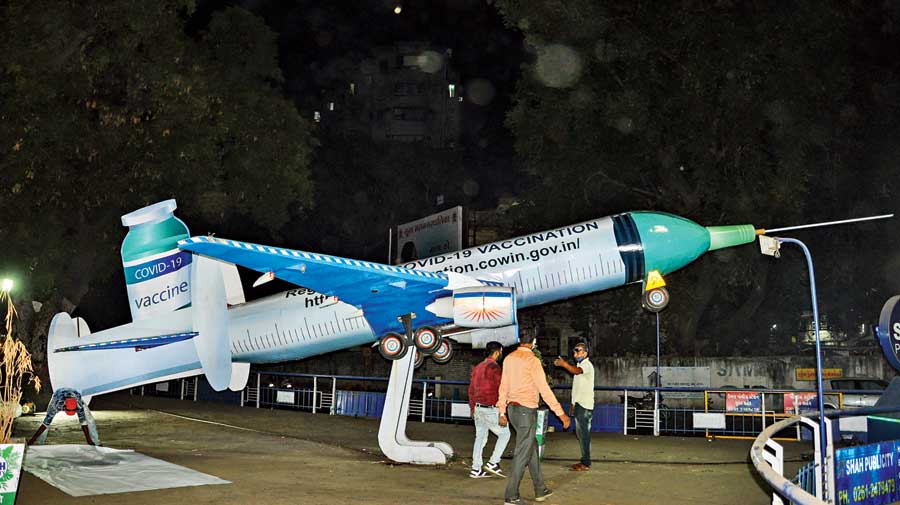 The obituary pages of local newspapers may be an apt starting point for those looking for clues to the extent of the toll Covid has taken on Gujarat.

With each passing day, the obituary columns are becoming longer and longer to the point that the daily Saurashtra Bhaskar’s Bhavnagar edition on Thursday set aside eight of its 16 pages for obituary notices.

The burgeoning death notices come amid apprehensions that the number of cases and casualties are being underreported for a variety of reasons.

Saurashtra Bhaskar, a popular Gujarati newspaper, carried 238 obituaries on Thursday, a quantum jump from just 28 two months back on March 6.

Similarly, the Gujarat Samachar newspaper says 25 coronavirus patients died on Wednesday in Gandhinagar, a sharp contrast to the Gujarat government’s claim that no one died due to the virus in the district on Wednesday.

The Opposition Congress claims that the BJP government in Gujarat is underreporting coronavirus cases to mask the real death count due to the pandemic.

“The Vijay Rupani-led government in the state is suppressing coronavirus death figures to hide the reality from the people,” state Congress spokesperson Manish Doshi said.

Countering the allegations, the state government maintained that if a coronavirus patient with comorbidities dies, his death may not be attributed to the viral infection and every death is categorised according to the Indian Council of Medical Research (ICMR) guidelines.

According to the state government’s data released on Wednesday, Gujarat recorded 133 deaths due to Covid-19 during the preceding 24 hours.

This is in stark contrast with the 141 obituaries published in two major Gujarati language newspapers on Thursday, 85 in Gujarat Samachar and 56 in Sandesh.

“The BJP government is hiding the actual death figures to cover up its failures in handling the pandemic. In many villages, the daily death toll is in double figures while the government data show single figures for the entire district,” Doshi said.

“As per ICMR guidelines, if a comorbid patient dies then a committee of experts decides the primary and secondary causes of the death. If the committee identifies the main cause of the death as a heart attack then even though the patient was infected, such death is not counted as caused by coronavirus. This system is followed in the entire country,” the chief minister had said.

Gujarat High Court on Wednesday said the steps taken by the state government to contain the spread of Covid- 19 were not enough and further restrictions needed to be imposed while keeping in mind people’s welfare.

The observation came after the state government informed the court about measures undertaken to stem the spread of the deadly virus.

“Steps have indeed been taken by the state government... but the same is not enough in the present situation and further steps to break the chain is also required to make the public at large aware about the pandemic and its grave effect on the society by imposing further restrictions as may be thought fit in the present situation,” the court said.

Gujarat on Wednesday reported 12,955 new coronavirus positive cases in the state while 12,995 people recovered from the infection and 133 patients died.

With the addition of the new cases and the fatalities, the overall Covid-19 caseload in Gujarat rose to 633,427 and the death toll to 7,912, the health department said.