Places like eateries, hotels, pubs, clubs and restaurants can have 50 per cent of their seating capacity 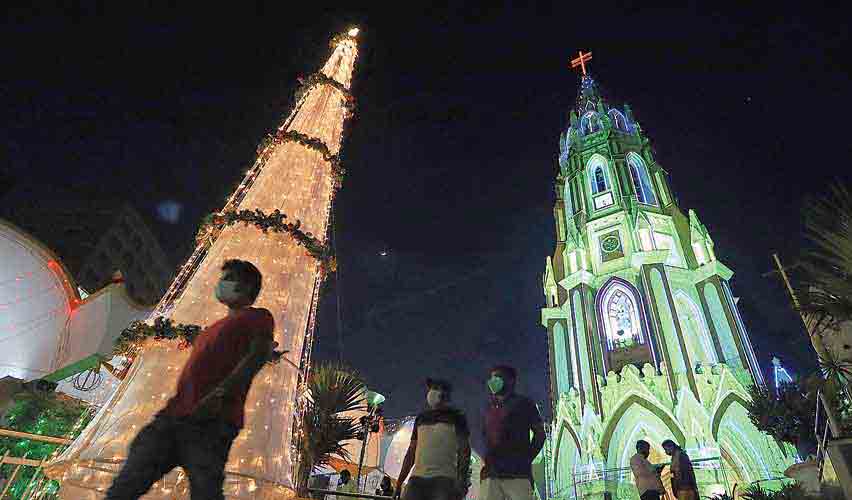 Amid fresh Covid -19 concerns, Karnataka government on Sunday decided to impose "night curfew" for 10 days from December 28, between 10 pm to 5 am.

The government has also banned all New Year parties and gatherings in public places.

"From December 28 onwards, for ten days (till January 7 morning) to begin with, we would like to observe by calling a night curfew, from night 10 PM to the next morning 5 am.....So there won't be any activities post 10 PM during these days," Sudhakar said.

Speaking to reporters after a high-level meeting of senior Ministers, officials and the Covid technical advisory committee, chaired by Chief Minister Basavaraj Bommai, he said there is a curb on external functions and gatherings for the New Year.

"There will be no functions or parties in the external premises, especially for those celebrating with DJs and large gatherings. They have been completely banned in Karnataka," he said, adding that places like eateries, hotels, pubs, clubs and restaurants can have 50 per cent of their seating capacity.

The Minister, in response to a question, further said, the announcements made were the first stage. On analyzing the situation after ten days, the Chief Minister, after discussing with experts, will decide if further measures and curbs are necessary.

According to the order, all gatherings, meetings, conferences, including marriages, from December 28 should strictly limit the number of participants to 300 people. It mandates organisers to strictly enforce Covid appropriate behaviour.

There shall also be intensive patrolling and surveillance at all bordering districts adjoining Maharashtra and Kerala to prevent the spread of virus, particularly the Omicron variant in the state.

The order further states that during night curfew, the movement of individuals shall remain strictly prohibited, except for essential activities, patients and their attendants, industries and companies requiring night operations, vehicles carrying goods, bus, trains, metro, air travel, home delivery and e-commerce operations, among others

Employees of companies working during night shifts can move around with a valid ID card. Movement of passengers for the sake of travel through bus, trains and air will be allowed on displaying valid travel documents or tickets.

The order also states that only essential staff or employees of IT and ITeS companies shall work from the office, while the rest will work from home.

According to the Minister, the meeting discussed threadbare various issues regarding preventive measures of the new variant Omicron, its probable effects and what could be the preventive measures that have to be imposed from now,based on data and studies received.

"We have discussed various issues, right from preventive measures, vaccinating the entire eligible community in the state and the preparedness of the health department to combat the pandemic and the new variant if it really expands and increases," he said.

"Similarly for the second dose, we will ensure that those districts that are lagging behind will have special measures to ensure ramping up of vaccination in those areas."

There are about 45 lakh people in the state who have surpassed their due dates of the second dose, he said, adding that the stress, emphasis and the thrust will be on ensureing that they come forward and fully vaccinate themselves.

Welcoming Prime Minister Narendra Modi's announcement to allow vaccination for children between the age group of 15 to 18 years, the Health Minister said they will get the first dose of vaccination from January 3, and added that the state has estimated about 43 lakh children under this category.

"The Chief Minister will launch this vaccination drive in the state, while Ministers and legislators will launch in their respective districts and constituencies...we would like to vaccinate at the earliest," he said.

Similarly as announced by the PM, health care workers, front line workers and those above 60-years with comorbidities will get third dose of vaccination, also called as booster or preventive dose, starting from January 10.

"We will take this seriously and would like to complete the third dose in a record time."

On the preparedness of the Health department for any eventualities, Sudhakar said 3,191 ICU beds would be added to the existing about 4,000 beds.

Similarly oxygenated beds will also be added to existing 30,000 such beds, the minister said.