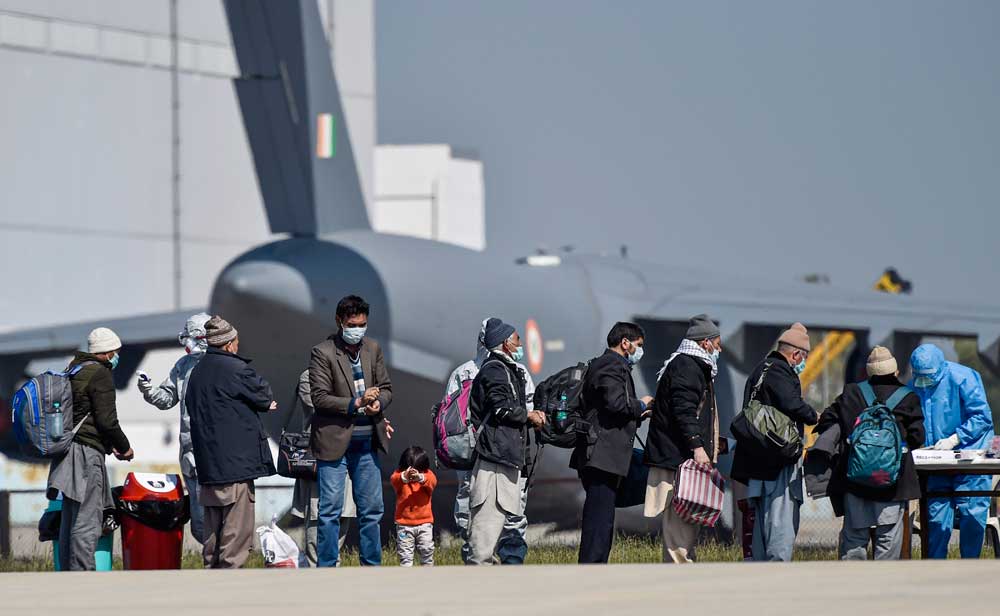 Fresh new cases of novel coronavirus (Covid-19) infection were reported in Kerala and Karnataka on Tuesday, taking the total in the country to 55 — a substantial increase from the 44 a day earlier.

Kerala confirmed eight more cases of coronavirus infection, increasing the total in the state to 14. News agency PTI had earlier reported chief minister Pinarayi Vijayan as saying that those infected included three persons who had recently returned from Italy and eight others who came in contact with them. Among those affected is a three-year-old who also returned from the country and the parents of the child.

Students of Classes I to VII in state, CBSE and ICSE schools have been asked to stay home. However, Class VIII, IX, X and higher secondary exams will be held as per schedule.

Vijayan said colleges would remain shut till the end of the month.

His statements came on a day 58 Indians were brought back from Iran in a military-transport aircraft of the Indian Air Force.

The country has been hit hard by the coronavirus outbreak with more than 290 deaths, necessitating the rescue operation.

The rescued Indians have been quarantined at a medical facility in Hindon near New Delhi.

After the IAF plane had landed at Hindon, external affairs minister S. Jaishankar tweeted: “The IAF aircraft has landed. Mission completed. On to the next.”

The IAF aircraft has landed. Mission completed.
On to the next.

This was the second evacuation by the air force in the past two weeks.

Last month, the IAF had brought back 76 Indians and 36 foreign nationals from the Chinese city of Wuhan.

Officials on Tuesday said Manipur had shut its border with Myanmar indefinitely amid the coronavirus scare.

Manipur’s move follows that by neighbouring Mizoram, which sealed its border with Bangladesh and Myanmar on Monday and banned the entry of foreign nationals.

People across the country chose to play it safe on Holi with residents of the national capital and parts of Maharashtra preferring to stay home. Local residents of Worli in south Mumbai burnt an effigy, “corona-sur”, on the occasion of Holi.