Courts cannot presume that every Covid-19 death during second wave is due to negligence, says SC 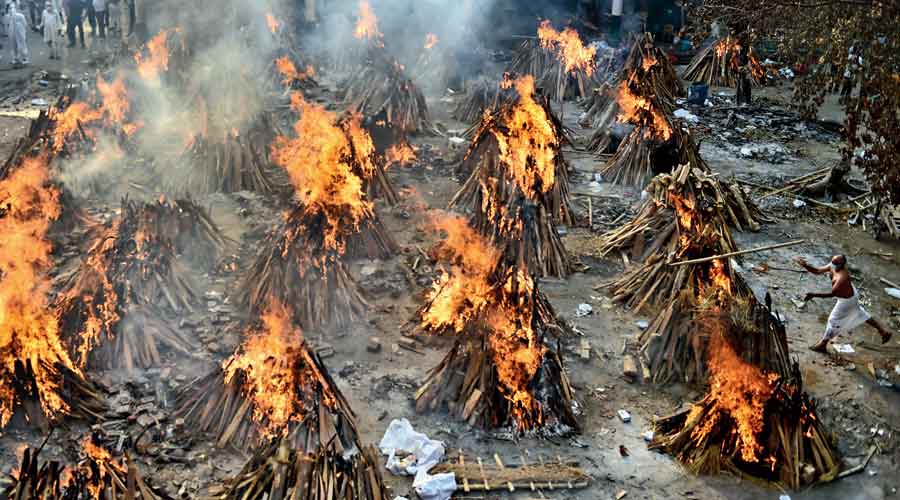 The Supreme Court on Wednesday said that courts cannot presume that all deaths due to Covid-19 in the second wave of the pandemic were due to negligence as it refused to entertain a plea seeking compensation for the kin of the victims by treating it as medical negligence.

A bench of Justices DY Chandrudach, Vikram Nath and Hima Kohli asked the petitioner Deepak Raj Singh to approach the competent authorities with his suggestions.

The top court referred to a recent verdict of June 30, in which it had directed the National Disaster Management Authority to recommend within six weeks appropriate guidelines for ex-gratia assistance on account of loss of life to the family members of persons, who died due to Covid-19.

It said, "In that verdict, the court has taken a view with regard to humanity and not due to negligence. The government is yet to come out with the policy. If you have any suggestion with regard to implementation of that policy, you can approach the competent authority."

At the outset, advocate Sriram Parakat, appearing for the petitioner, said that his petition is different as it brings into account an element of negligence and compensation for the deaths which have happened due to medical negligence.

The bench noted that since the petition was filed in the month of May, a lot of developments have taken place.

"We have taken suo motu cognizance on Covid preparedness and a National Task Force has been constituted by this court which is looking into several aspects," the bench said.

The bench further told Parakat that, It was such a wave that it affected the entire country and the court cannot make a general presumption of medical negligence.

The top court, while disposing of the petition, asked the petitioner to withdraw his plea and amend it and if any suggestions are there, then the petitioner can approach the competent authority.

The government, during the Monsoon Session of the Parliament, had however told the Rajya Sabha that it had not received any report of patients dying because of shortage of oxygen and lack of hospital facilities during the second wave of the pandemic from any state or Union Territory.

The matter-of-fact statement aimed at tamping down the widespread despair over lack of oxygen during the second wave of Covid-19 had the opposite effect as it brought back to mind the stark images of patients gasping for breath in ambulances, hospital corridors and cars.

The government was technically correct as the states were never asked by the Union health ministry to compile data on oxygen deaths. The state governments were only asked to tabulate Covid deaths and not register them as cardiac or nephrology case if the deceased person had tested positive.