Around 58.56 per cent patients have recovered; Delhi containment zones rise to 417 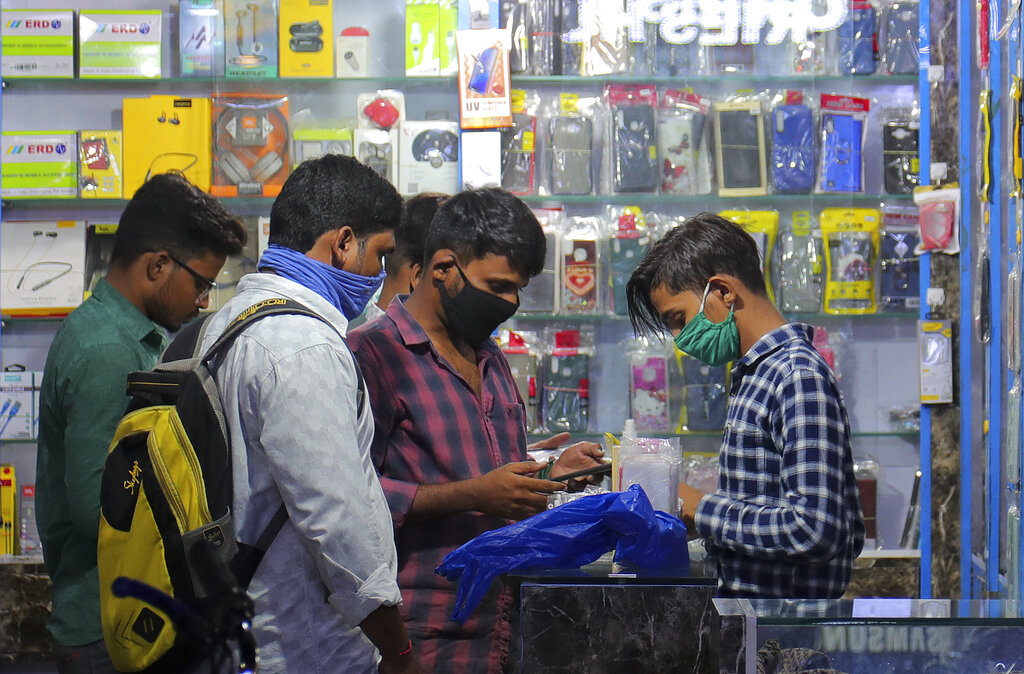 This is the fifth consecutive day that coronavirus infections have increased by more than 15,000. The country saw a surge of 3,38,324 infections from June 1 till date.

The number of active cases stands at 2,03,051, while 3,09,712 people have recovered and one patient has migrated, according to the updated data.

"Thus, around 58.56 per cent patients have recovered so far," an official said.

The total number of confirmed cases include foreigners.

Of the 410 new deaths reported till Sunday morning, 167 were in Maharashtra, 68 in Tamil Nadu, 66 in Delhi, 19 in Uttar Pradesh, 18 in Gujarat, 13 in West Bengal, 11 each in Rajasthan and Karnataka, nine in Andhra Pradesh, seven in Haryana, six each in Punjab and Telangana, four in Madhya Pradesh, two in Jammu and Kashmir and one each in Bihar, Odisha and Puducherry.

Chhattisgarh has registered 13 deaths, Jharkhand 12, Puducherry 10, Assam and Himachal Pradesh nine each, Chandigarh six, Goa two and Meghalaya, Tripura, Ladakh and Arunachal Pradesh have reported one fatality each, according to the Health Ministry.

More than 70 per cent deaths took place due to comorbidities, it said.

Puducherry has recorded 619 Covid-19 cases, Chandigarh has 428, Nagaland has 387 and Arunachal Pradesh 177 and Dadra and Nagar Haveli and Daman and Diu together have also reported 177 Covid-19 cases.

Mizoram has 148 cases, Sikkim has 87, Andaman and Nicobar Islands has registered 72 infections so far while Meghalaya has recorded 47 cases.

"Our figures are being reconciled with the ICMR (Indian Council of Medical Research)," the ministry said, adding that 7,839 cases are being reassigned to states.

State-wise distribution is subject to further verification and reconciliation, it added.

The number of Covid-19 containment zones in Delhi has risen to 417 after re-mapping of such areas, while around 2.45 lakh people have been screened in a mammoth exercise to check the spread of Covid-19 in the national capital, officials said on Sunday.

They said the count of containment zones is expected to jump further as the authorities in some districts were yet to complete the task of redrawing such areas following the Centre's directions.

Before the re-mapping exercise, the number of containment zones was 280 in the city, an official said.

"We have screened around two lakh people for Covid-19 in house-to-house survey being conducted across the city. Also, 45,000 people have been screened in Covid-19 containment zones," the official told PTI.

The process of screening every household has to be completed by July 6.

As per the Covid-19 response plan issued by the Delhi government, the re-mapping of the containment zones is to be completed by June 30.

Under new rules, the authorities have to delineate containment zones on a micro-level instead of big ones.

At least 1,100 teams comprising two members each have been formed to screen the national capital's population for Covid-19 infection.

The teams are armed with a mobile application -- SS Corona -- which will send real-time details to a dedicated web portal set up by the government.

Apart from basic details like name, age, address and contact number, the teams are feeding the mobile application with information such as every individual's travel history, whether or not they use the Centre's Aarogya Setu app and if they have symptoms of influenza.

The same mobile application is being used in carrying out screening in the Covid-19 containment zones in the national capital, officials had earlier said.

The Madhya Pradesh government will launch a 'Kill Corona' campaign from July 1 to control the spread of coronavirus in the state.

Under the campaign, door-to-door survey will be conducted and tests would also be done on citizens for otherdiseases, chief minister Shivraj Singh Chouhan said during a virtual review meeting on the Covid-19 pandemic on Saturday.

Chouhan said during the 15-day campaign, 2.5 lakh tests will be carried out and 15,000 to 20,000 samples would be collected daily, according to a press release.

Till Saturday, Madhya Pradesh reported 12,965 Covid-19 cases and 550 deaths due to the disease.