Untouchability, even in quarantine

'We have never taken food cooked by a Scheduled Caste person,' the two middle-aged men said 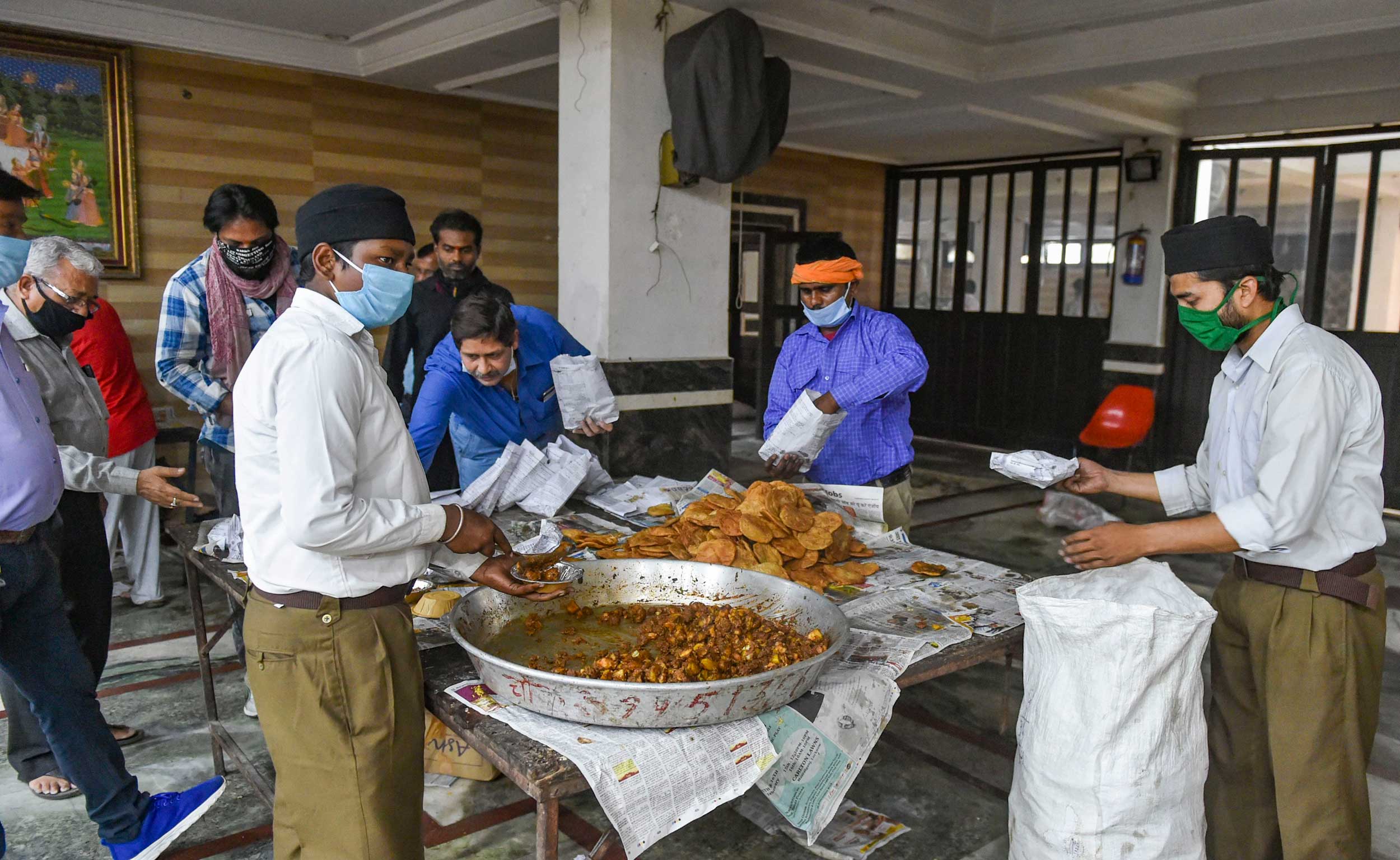 Of the five people in quarantine at a primary village school in an Uttar Pradesh district, two go to their homes for meals twice a day and then return again to the isolation centre.

Not because food isn’t available at the school turned quarantine facility in Bhujauli Khurd in Kushinagar district.

“We have never taken food cooked by a Scheduled Caste person,” the two, both middle-aged, told local reporters on Saturday morning.

“We have been here for the past two weeks and taking food cooked at home. Mostly, we walk down to our home in the morning and evening and then return to the centre.”

Leelawati Devi, the cook, happens to be the panchayat chief of the village that falls under Khadda police station. She had agreed to cook the food at the quarantine centre as those who had been employed in the past to prepare midday meals for students of the school refused to cook during the Covid-19 lockdown period citing fears of infection.

Leelawati shrugged off the caste slight. “Every person is living in fear of the pandemic. I decided to cook the meal for the five quarantined people of the area on the request of senior officers. I wear a mask and gloves and leave the plates at their door every morning and evening,” she said.

“But two of them told me they wouldn’t eat something touched by a Dalit. I have no problem with them, as all those who support me and those who oppose, belong to my own village. I informed the officers over the phone.”

Desh Deepak Singh, sub-divisional magistrate, Khadda, said: “An inquiry has been ordered into the complaint of the village panchayat chief and block officers have been asked to ensure that people must take food cooked at the centre by the village chief. Legal action will be taken against those who violate the norms of the quarantine centre.”

The officer said none of the quarantined five had any symptoms but would be kept there for 28 days before they are allowed to go home. That means till April 27.

A local source said the two quarantined men worked in a factory in Delhi and had reached the village on March 30.

“It’s also possible they don’t like the food at the centre and came up with an excuse.”

The two constables on duty don’t stop anybody from coming in or going out, the resident added.

Block development officer Rama Kant said Ram Jatan and Jai Prakash, two other inmates at the quarantine centre who don’t have any problem with the food cooked by Leelawati, had told him the unwilling duo have been going home for lunch and dinner every day.

“Some people have a problem with the food cooked by the Dalit village panchayat chief. However, we are following the guidelines,” the BDO quoted Ram Jatan as saying when he visited the centre on Friday following Leelawati’s complaint that the food she cooked was going waste.

Vijay Dubey, BJP MP of Kushinagar, said: “I visited the school (on Saturday) and convinced all five to follow the norms and accept whatever offered by the cook.”

According to latest figures released by the state government, 448 people have tested positive in Uttar Pradesh so far and over 5,000 have been kept in quarantines centres. Four people have died and about 80 have been discharged after treatment.

Kushinagar, the land of Gautam Buddha’s parinirvana (death), has so far been free of the disease. Kushinagar isn’t the only district where people have refused to eat food cooked by a Dalit even in quarantine.

Three days ago, the police in Siswa-Baruar village in Basti district had registered a case against 10 people under the Epidemic Diseases Act for refusing to eat food made by two Dalit cooks.

Rajesh Kumar, a local resident, had filed a written complaint against the 10, all from the Other Backward Classes.

Another villager, however, told government officials that the 10 had refused to eat the food served because the vegetable dish was tasteless.

Hemraj Meena, superintendent of police, Basti, claimed all the 10 villagers were now taking the food cooked at the quarantine centre.