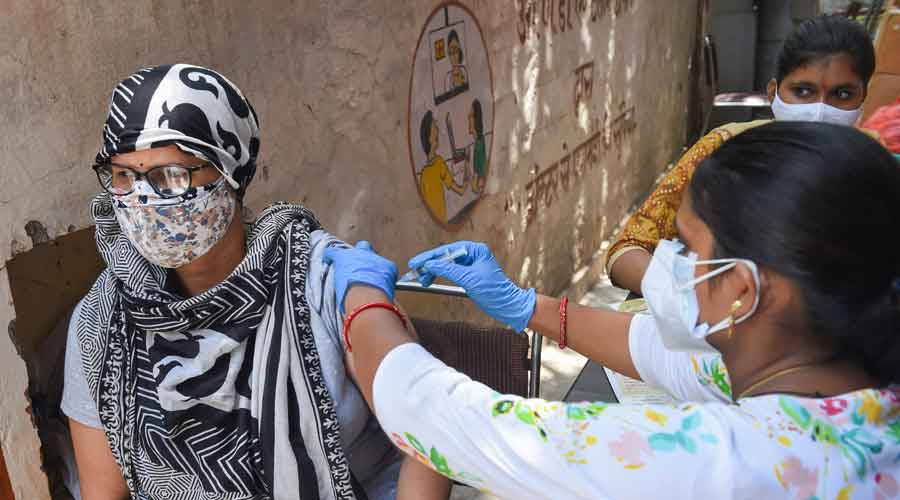 The Congress on Friday demanded a public report on vaccines, alleging that the Narendra Modi government had ignored suggestions for ramping up production and allowed exports violating the India-First policy.

Congress spokesperson Shaktisinh Gohil said: “There has to be total transparency on vaccines. The government should bring out a white paper, telling the nation how many doses have been manufactured by the two companies — Serum Institute of India and Bharat Biotech — and how many doses were exported and how are vaccines being allocated. We have 12 laboratories that can manufacture vaccines. Why were these capacities not used to enhance production?”

Gohil pointed out that countries like the US did not export a single dose till a significant section of their population had been vaccinated while India sent out 6.6 crore doses at the very outset.

“It is sad that India stands at the 77th position in the vaccination chart of 100 countries. Some countries have covered their entire population and many have vaccinated over 60 per cent. We have not even covered 7 per cent of our population. This despite the fact that our manufacturing capacity is second to none,” he said.

Recalling that the parliamentary standing committee on health and family welfare had in a report to the Rajya Sabha chairman on November 21, 2020, suggested stepping up vaccine production, Gohil claimed that the government had ignored the recommendations.

The report, tabled in Parliament on February 20, 2021, had said: “The committee also urges the ministry to devise a plan for the availability of the vaccine. For this to happen, the vaccine production capacity in the country has to be considerably ramped up for making vaccines accessible to its citizens.”

The report had further stated: “The committee, therefore, recommends the ministry to collaborate with the Serum Institute of India and other vaccine manufacturers so that vaccines are easily available at an affordable rate to the general public.

“The committee calls upon the ministry to subsidise the vaccine cost for the weaker sections of the country, especially in rural and urban slum areas. The ministry should be cautious in its efforts to check black-marketing and shortage of vaccines. The committee also recommends the ministry to administer the vaccines according to WHO’s ‘strategic allocation’ approach or a multi-tiered risk-based approach.”

The Congress alleged that the addled strategy and thinking of the government had ended up slowing down the vaccination drive.

Rahul Gandhi tweeted: “The government’s vaccine policy is compounding the problem. Vaccine purchase should be centralised and distribution decentralised. India cannot afford this.”

The Congress leader’s comment had been provoked by state governments having to float global tenders to directly deal with vaccine manufacturers instead of the Centre, which is in a better position to negotiate with international market forces.

The veteran politician said in a series of tweets: “We have heard of two faces, but this government has three faces. Face 1: India joins South Africa and tells the world that IPR (patent rights) for Covid vaccines must be suspended.

“Face 2: On May 9, the government files an affidavit in the Supreme Court claiming that bringing vaccine patents under the statutory regime (that is compulsory licensing) will be ‘counter productive’.

“Face 3: On May 13, Niti Aayog member, Dr V.K. Paul, supports the manufacture of Covaxin by other private manufacturers (through compulsory licensing). Do you trust this government to do anything to protect your life and livelihood?”

Chidambaram added: “The government’s affidavit in the Supreme Court proves that it wants to protect the monopoly of the two Indian companies manufacturing Covid vaccines. It also proves that the government does not care about the supply-demand gap. The poor have to wait indefinitely to get themselves vaccinated.

“Another piece of evidence that the government is anti-poor and pro-corporate: its unwillingness to fix a uniform price for vaccines. The two companies are raking in super profits.”