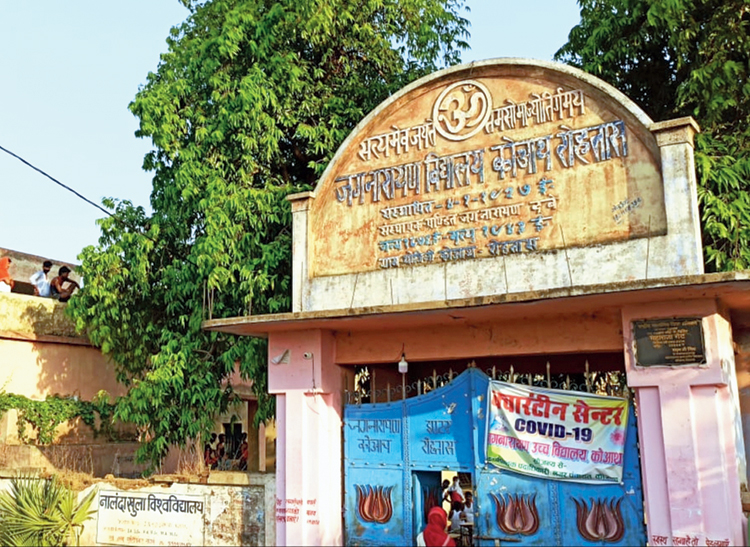 Inmates of a quarantine centre in Rohtas district of Bihar allegedly gang-raped a girl from a neighbouring village who had ventured out on Thursday night to relieve herself.

They held her hostage for three hours, took pictures and shot a video. The torture would have continued further, but local villagers heard her muffled screams and came out to probe the matter, following which the culprits fled.

The incident occurred in an agricultural field in Yogini village under Dawath police station in the district around 9pm. It has led to tension in the area with villagers vowing revenge, while heavy deployment of police force has been made at the quarantine centre at Jagnarayan High School to prevent any attack on it.

Police officers said the young girl had gone out of her house in the village to relieve herself while her family had gone to visit her maternal uncle. Some youths staying at the quarantine centre saw her and along with a few of their friends from the village allegedly held her hostage and gang-raped her.

'We have arrested two persons involved in the incident. They had been staying at the quarantine centre. We are also looking for their accomplices. Some of them were from the quarantine centre while others hailed from the village,' said Bikramganj sub-divisional police officer (SDPO) Raj Kumar on Friday.

The SDPO told The Telegraph that the girl had been send to Sasaram Sadar Hospital for a medical examination and pointed out that it was unclear whether she was a minor or an adult.

'The victim and her parents are mentioning ages ranging from 16 years to 20 years. We are now waiting for her school certificates to ascertain her real age. The sections that will be slapped against the accused will depend on whether she is a minor or a major,' Raj Kumar said.

Sources in the police said seven youths were involved in the gang rape and five of them had fled from the village and the quarantine centre.

The crime puts a question mark on security around the quarantine centres to prevent the inmates from moving out. Sources said no police personnel had been deputed at the centre to ensure that the migrant workers kept there did not come out.

The gang rape came to light on a day chief minister Nitish Kumar reviewed the arrangements at 20 quarantine centres - two each in 10 districts - via video-conferencing. He also interacted with the labourers kept there.

The district magistrates, who had come to know on Thursday about the scheduled review, handpicked the quarantine centres for Nitish and made them spic and span overnight.

Migrant workers at several quarantine centres in Aurangabad, Vaishali and other districts protested against poor quality of food and lack of basic amenities on Friday.