Private firms are estimated to have exported iron ore worth Rs 40,000 crore since 2014 in violation of law because they did not have the licence 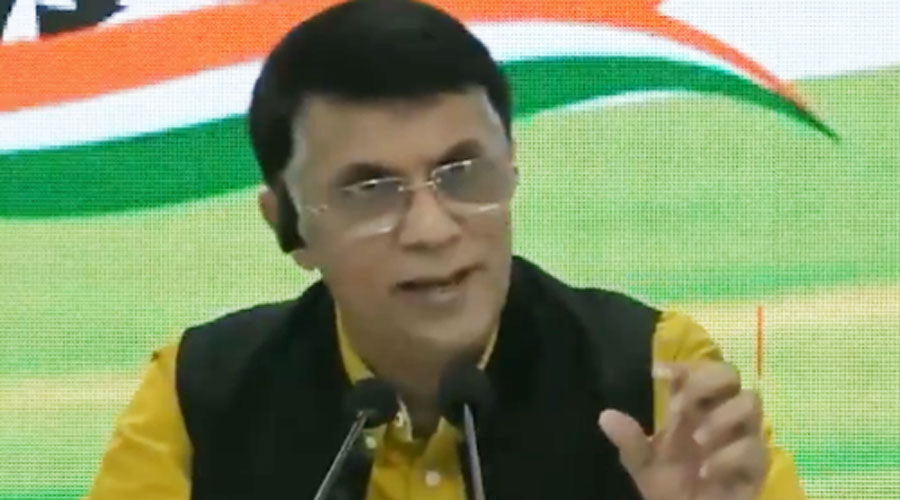 The Congress on Thursday said the Narendra Modi-led government allowed illegal export of iron ore to help some private companies evade taxes and earn huge profits, describing it as a scam worth thousands of crores.

Demanding a thorough investigation into the matter, the Congress asked the government to release a list of companies that made windfall profits in connivance with the officials of steel and mines ministries as, apart from financial misdeeds, the scam involved the loot of a precious national resource.

Explaining the process of loot, Congress spokesperson Pawan Khera said, “Export of iron ore by India attracts a 30 per cent export duty and, prior to 2014, only government-owned Metals and Minerals Trading Corporation of India (MMTC) was allowed to export iron ore. Even MMTC was only allowed to export iron ore with 64 per cent concentration of iron (Fe). Any export that exceeded this cap required permission from the government. The export cap was placed on iron ore to ensure that there is sufficient supply of high quality iron ore back home to facilitate the growth of indigenous steel plants.”

He said, the Modi government in 2014 removed the 64 per cent iron concentration cap and gave Kudremukh Iron Ore Company Limited (KIOCL) permission to export to countries such as China, Taiwan, South Korea and Japan.

“Officials in the steel ministry decided that iron ore exports will continue to have a 30 per cent duty on them but there would be no duty if it is exported as pellets. Despite KIOCL being the only company that had permission to export iron ore, several private firms have indulged in the export of iron ore in the form of pellets, escaping duty on these exports and earning immeasurable profits,” he added.

The Congress spokesperson said these private firms are estimated to have exported iron ore worth Rs 40,000 crore since 2014 in violation of law because they did not have the licence. Even private firms that had iron ore mines for personal consumption started exporting iron ore pellets.

“By not paying the export duty, the private players have robbed the government of around Rs 12,000 crore in duty fee. Under the Foreign Trade Development and Regulation Act, 1992, these private players are liable to a penalty of Rs 200,000 crore for this gross illegality,” Khera said.

Though this matter has been raised by steel companies all these years, the ministry of law and justice finally specified on September 10 this year that the permission to export iron ore pellets was only given to KIOCL and the export by other companies “is illegal not just under the Foreign Trade Development and Regulation Act (1992), but is also a serious offence under the Customs Act 1962”, he added.

Describing this as a scam and loot, Khera asked: “Why was high quality iron ore with greater than 64 per cent iron concentration allowed to be exported contrary to earlier practices? Which private firms have exported iron ore without permission since 2014? A detailed list must be made public. Since 2014, has the government questioned any private entity regarding their illegal dealings vis-à-vis iron ore export? What action has been initiated, if any, against the officials of the steel ministry who allowed illegal export to take place? Was the change in policy of removing export duty for iron ore pellets done in consultation with all stakeholders?”