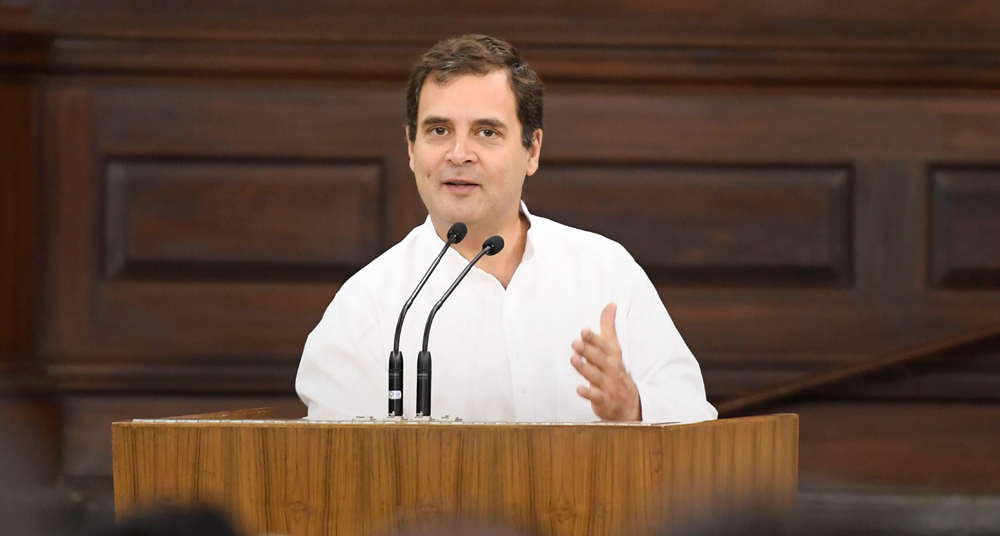 Congress leaders in the poll-bound states of Maharashtra and Haryana want immediate restructuring of the party, wondering how the central leadership could slip into a “coma” after the defeat in the general election.

The dominant sentiment in both the states, where Assembly elections are due in September-October this year, is in favour of the removal of the Pradesh Congress Committee (PCC) presidents, in addition to formation of election-related committees without any delay.

Several leaders and ordinary workers from both the states expressed the hope that the high command would step out of the self-imposed “coma” sooner than later.

A senior MLA told The Telegraph from Mumbai: “We have learnt that the general secretary in charge of Maharashtra, Mallikarjun Kharge, has already sent a report to party president Rahul Gandhi that Ashok Chavan should be continued as state chief. There has been no sign of change in the decision-making process over the past 10 years despite humiliating defeats. There is no respect for majority opinion and consensus in the party.”

Another MLA echoed him: “It is true that Rahul Gandhi has been working very hard but the people who were assigned to deliver in the states let him down. The general secretaries also played into the hands of cliques and vested interests, instead of providing an objective assessment. Few people were happy with Ashok Chavan’s work; while wrong candidates were chosen, we were starved of resources when the BJP splurged mind-boggling amounts.”

He added: “While the Marathas are mostly with the NCP and the BJP, the Congress should look towards other castes which constitute more than 80 per cent of the population. We should promote OBC leaders and start forming booth committees without wasting any time. Right now, there is panic in the state unit. Workers need to be motivated as the BJP can lure them away in this time of unprecedented crisis. We are shocked our leadership is in a coma — Rahulji has himself started this.”

The alliance of Prakash Ambedkar’s Vanchit Bahujan Aghadi and Asaduddin Owaisi’s AIMIM was seen to have caused the defeat of the Congress-NCP in nine Lok Sabha seats. This combine influenced Dalit-Muslim votes which would otherwise have gone to the Congress-NCP. Now the level of demoralisation is such that local leaders are predicting a definite defeat in the Assembly election.

The ground situation is no better in Haryana but the local leaders there are a little more optimistic. They insist Haryana voted for Narendra Modi in the Lok Sabha election solely on the national security plank and even weak BJP candidates sailed through in that wave.

They feel the Assembly election will be fought on a different set of issues and the narrative will be entirely different because chief minister M.L. Khattar is unpopular.

But the Congress itself is a divided house. The dominant section in the state wants former chief minister Bhupinder Singh Hooda to be handed the reins but others feel the Congress should strike a balance to counter the BJP’s rainbow of different castes that emerged against the traditional Jat dominance.

The Congress usually represented the non-Jat population in the state but Hooda’s rise altered that dynamics. Bhajan Lal’s son Kuldeep Bishnoi, an OBC, and Kumari Selja, a Dalit, are opposed to Hooda’s leadership.

The BJP polled over 58 per cent votes against the Congress’s 28.42 per cent in the Lok Sabha elections. Such a vast gap is usually impossible to surmount but the Congress leaders believe a Hooda-versus-Khattar battle can do the trick. They want Rahul to unambiguously set up this contest if the state has to be snatched from the BJP.

The state’s general secretary in-charge, Ghulam Nabi Azad, is said to be in favour of this strategy and has already held a few meetings to discuss the options.