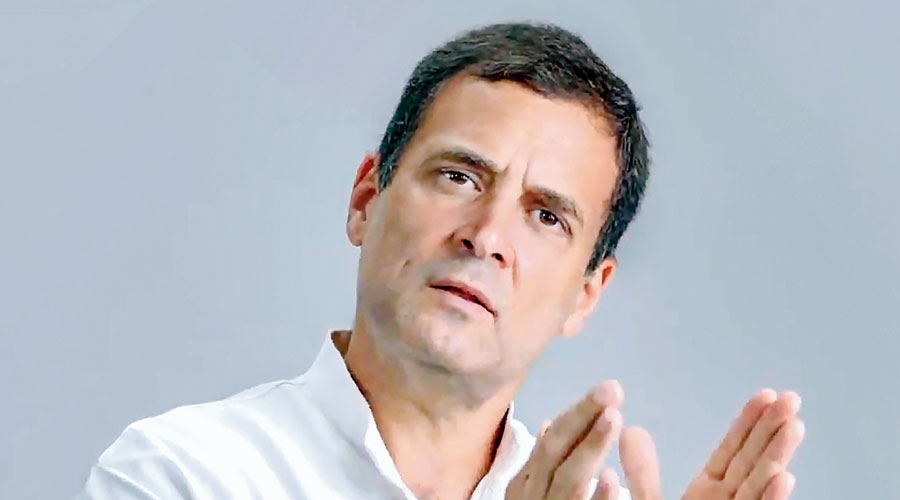 The Congress has accused the government of collecting hundreds of crores as employment examination fees although it has either not conducted any tests or not handed out appointment letters in years.

The Congress on Friday reminded the government that millions of families have been subjected to extreme miseries because of the massive unemployment.

Congress spokesperson Gourav Vallabh said: “The Railway Recruitment Board (RRB) brought out a notification for 1,03,760 vacancies in the Group D category on February 23, 2019. It raised the hopes of millions of youths just before the parliamentary elections. The exam dates have not been announced so far in 18 months. The RRB had collected around Rs 500 crore in examination fee from 1.16 crore applicants.”

“The RRB issued another notification for 35,277 NTPC (non-technical popular categories) vacancies on February 28, 2019. The exam dates have not been announced yet. Close to 1.26 crore applications were received and the RRB collected Rs 500 crore as fee,” Vallabh said.

Giving more examples, he said the RRB had on February 3, 2018, issued a notification to fill up 64,371 vacancies in the posts of assistant loco pilots and technicians.

“The examination was conducted and the RRB declared the final results and the merit list on December 12, 2019. Almost nine months have passed but the successful candidates are yet to get their appointment letters and they are waiting to join,” Vallabh said.

The Congress spokesperson alleged that candidates who had appeared for the Staff Selection Commission’s Combined Graduate-level Examination in 2018 were also waitingin the wings.

“Following the Tier I and Tier II exams, the Tier III exam was held in December 2019. Over 11,000 vacancies in the Group C and Group D categories were to be filled up. But even after nine months, the final results have not been announced,” Vallabh said.

Claiming that these were just a few examples, Vallabh asked: “Is this incompetence or ill-intention?”

“Most of the aspirants of these examinations do not come from very well-to-do backgrounds. All these combined are 2.15 lakh vacancies. Why were most of these notifications released three months before the elections? Do these jobs really exist or was it just a political gimmick, like the promise of Rs 15 lakh in everyone’s account, to attract voters?” Vallabh asked. He also asked the government why there was no fixed timeline and whether the exams to fill up vacancies this year will be held now or a few years later.

The Congress has been highlighting the job crisis for the past few years. Parliamentarian Rahul Gandhi tweeted on Friday: “The Modi government must conduct examinations, declare results and issue appointment letters to solve the problems of youths.”

Priyanka Gandhi Vadra, the Congress’s Uttar Pradesh in-charge, tweeted a video where job aspirants have spoken about their endless wait for exam results.

Asked whether the recruitments were not done because of the miserable financial condition of the railways, Vallabh said: “Why were the vacancies announced then? Remember, these students come from very poor backgrounds. They pay examination fees with great difficulty. Over 64,000 selected candidates are waiting for jobs. The railway minister (Piyush Goyal), who is busy suggesting the sale of Kolhapuri chappals in five-star hotels to boost the economy, should answer this question.”

The Congress spokesperson said the economic slump would be far more sharper than the 23.9 per cent fall in GDP if the informal sector was taken into consideration.

“We only get hollow rhetoric and excuses from the government. And now they are blaming God for this mess they have created,” Vallabh added.

Recalling that the Manmohan Singh government had lifted 14 crore people out of poverty, Congress communications chief Randeep Surjewala said in a video message: “The time has come to distinguish between hard work and fraud work. We saw hard work when Manmohan Singh and Sonia Gandhi introduced welfare schemes to empower the poor and boost the incomes of the common man. The fraud work during the current regime has dragged the GDP growth down to -23.9 per cent but the assets of Ambani and Adani have jumped by over 35 per cent. It is time to decide whether you want a government which works for the poor or (one that works for) crony capitalists.”